As beer lovers, there comes the point in our lives where we asked how beer was made. Who invented beer? Some say that it was God because it was indeed a gift from heaven.

To discover and explore the origins of our beloved beer based on historical facts, even in its influence on significant events in the history such as the building of pyramids in Egypt and many more, you must watch this history of beer documentary entitled, How Beer Saved the World.

This documentary received a lot of favorable reviews from different critics, saying that it “makes an entertaining case that fermented malt beverages are ‘the greatest invention of all time.'” By watching this documentary, you will know if this is true or not. 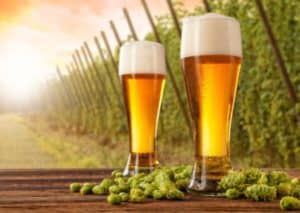 Narrated by Henry Strozier, this history of beer documentary also features experts (not just beer experts) around the country.

This is a good move if they want to showcase beer in different aspects; from science to the historical facts. The crew has also invited some brewers to share their take on beer.

Aside from the historical and scientific facts, How Beer Saved the World documentary also tackled beer’s influence on the creation of poetry, pyramids, modern medicine, labor laws, and even America itself – you could even rename the documentary as how beer changed the world.

If you think that beer was only created to drink during a sports game or to pass the time on a Friday night, then you are wrong. Watching this documentary will change everything that you know about our favorite beverage.

Beer even had a strong motivation that led us to the invention of modern farming, the reason why bookkeeping was practiced, and why the early civilization discovered writing.

There are a lot of wonders beer has given us so right now, even without watching the video yet, it’s okay to say that beer is the greatest invention of all time.

Do not miss watching this documentary if you are into facts, history, science, and of course, a solid beer lover. Educate yourself and be entertained at the same time. We also recommend that you watch this while drinking your favorite beer.

So if you want to watch it, you can either search it up on Netflix or just watch down below.

Main Takeaways from the Documentary: