The Rise of the IPA

Myths abound about its origin. So, let’s set the record straight. After sifting through pages of historical documents, including ...

More than just a fad…
A style that is almost synonymous with modern craft beer…
A long and interesting history…
A staple in the future of brews.

Origins – The History of IPA

Myths abound about its origin. So, let’s set the record straight. After sifting through pages of historical documents, including newspaper clippings from the 19th century, we’ve separated fact from fiction.

Most people know that IPA is short for India Pale Ale and that it contains more hops than other types of beers. But beyond that, there’s a fair amount of argument and speculation.

The hops that are so prevalent in today’s IPAs were first used as a beer ingredient as far back as the 9th century. Hops was an alternative to other bitters used at the time, including dandelion and marigold. However, it wasn’t until the late 18th and early 19th centuries that hoppy beer became mass produced in larger commercial breweries in England.

Brewers identified hops as having antibacterial properties as well as being a natural preservative. This discovery went hand-in-hand with other technological advances in London.

In the previous century, brewers did not age their beer. Instead, bars (called publicans) and dealers performed the aging process. Porter, a dark beer, could now be produced on a large scale with storage vats, thermometers, hydrometers, and attemperators to monitor and control temperatures. This large volume of beer could be made in advance and then distributed over a season.

However, it should be noted that porters use a cold fermentation process, and the beer wouldn’t reliably keep in warmer climates. It was around this time that trading with the East Indies was becoming increasingly popular. To get beer to India and surrounding locales, the rudimentary temperature control methodologies that helped to preserve porter wouldn’t suffice as ships sailed south of the equator and around Africa.

By adding hops to the brew, the beer could easily make the journey to India for enjoyment by consumers in that part of the world. Hence, we get the name, India Pale Ale. We should also note that hops were also being added to ales in England at this time for domestic consumption. It is believed that the ratio of hops to other ingredients related to the month in which the beer was expected to be poured. The addition of more hops to the formula helped preserve the beer for the journey.

Many historians point to George Hodgson, the founder of Bow Brewery, as the originator of the IPA. However, there is no actual evidence of this theory. There were also other prominent brewers at the time, including Allsopp and Bass. But pale ale was being produced in England decades before Hodgson appeared on the scene.

Beer Characteristics and What Makes It Special

IPAs are known for having hops, which provide the beer with its signature bitterness.
Hops are flowers from the cannabis family (without the THC), and their original function as an ingredient in beer was to balance out the sweetness. Most beers contain some hops, but the 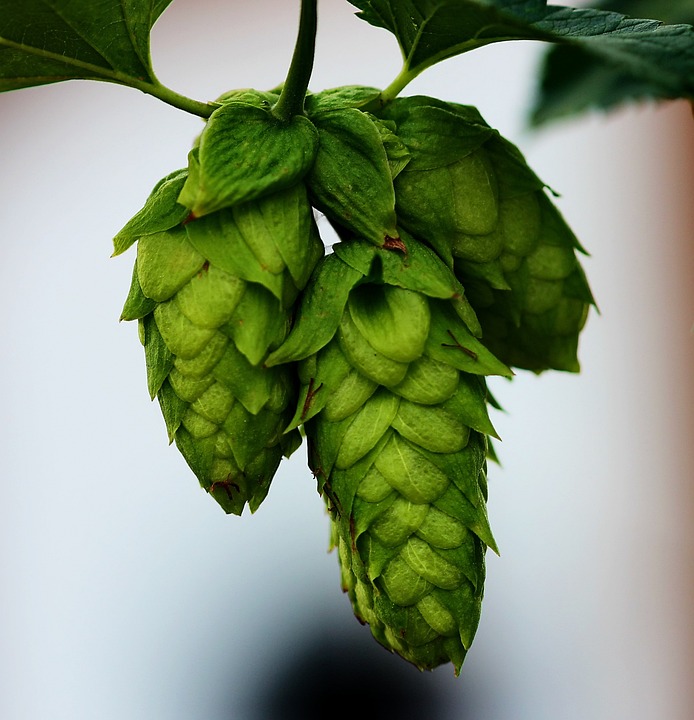 IPA is known for using hops as the main ingredient (other than water). Different beer styles use hops less prominently, and instead, malt or barley may take center stage. Not all IPAs are bitter. Today, there are several varieties of IPAs, each with different hop concentrations. For example, a Session IPA is considered to have to the lowest alcohol content (around 5%), but it’s a thinner beer and can be consumed quickly and on repeat. Double and Imperial IPAs have more hops.

To balance the hoppy flavor, the brewers add more malt, which increases the alcohol content. This type of IPA is what to drink if you want to get tipsy fast. There also other categories such as dry-hopped, double-dry hopped, and triple-dry hopped, which sound distinctive. But they’re all pretty much synonymous. Dry hopping means that the hops are steeped in the beer as it’s fermenting, instead of when it’s boiling. The result is an aroma that more closely resembles the sweeter notes without the resulting bitterness.

Perhaps the most impressive variety is the fresh-hopped IPA. This blend is only available once per year between late August and September. The brewing process is accelerated using farm-to-brewery hops, and the resulting beer is best consumed as close to the brew date as possible.

IPAs in Our Time; Recent History and the Future

Ballantine made the first American IPA in the 1940s. It was a full-flavored beer with a comparatively high alcohol content of 7.9%. It had its heyday in the 1950s, but lost popularity in the 1960s, when American tastes shifted to light lagers. The brand struggled to adapt but ultimately gave up in 1996. Pabst, which acquired Ballantine resuscitated the brew in 2014, and it now has a decent following.

IPAs had a resurgence in the early 1980s among craft brewers, with Sierra Nevada pioneering the industry with its first blends. Before 1978, home brewing was illegal, thanks to Prohibition, which made the practice illegal in 1919.

Craft brewers came out of the woodwork, and they began making their blends at home. However, the commercial appeal was limited. Remember, during the 1980s, mainstream Americans didn’t have the most sophisticated palette. Wonder Bread ruled, people thought the best part of waking up was Folgers in their cup, and Coors, Miller, and Budweiser were the best sellers of the time…

So, we know that taste buds are fickle. IPAs once dominated the landscape, and then they disappeared into oblivion. They re-emerged and took their place at the top of the beer pyramid, but for how long? Will Americans begin to long for more straightforward flavors from simpler times?

For the past few decades, IPAs have been synonymous with craft brewing. But macro breweries have taken notice, and consolidation has been turning people’s favorite brands into “sell outs.”This could also diminish the popularity of the IPA if there aren’t enough craft brewers to introduce new formulas and keep up with demand.

Still, IPAs are likely to maintain their popularity status for at least another decade, if not longer. It’s almost always a “safe bet” to order an IPA at a bar or bring to a party – and that isn’t likely to change any time soon.