Spike Brewing System was released to rave reviews several years ago and many homebrewers are well-familiar. A HERMS brewing system with a heat exchanger built inside the Hot Liquor Tank (HLT), it proved beyond doubt that making beer at home was entirely possible.

Of course, many homebrewers eventually opted to upgrade to more professional systems as their needs expanded. For many, this type of brewing system was simply a stepping stone towards a more fully-featured solution. Still other users continued to utilize the Spike for quick-and-easy homebrew tasks.

Enter Spike+. Boasting of all the features that made the its predecessor such a runaway hit, it added a host of professional features that provided intermediate to advanced users a clear upgrade path along this equipment.

As you will see from this Spike Brewing System review, the ‘Plus’ takes everything you like about the brand and made it exponentially better. 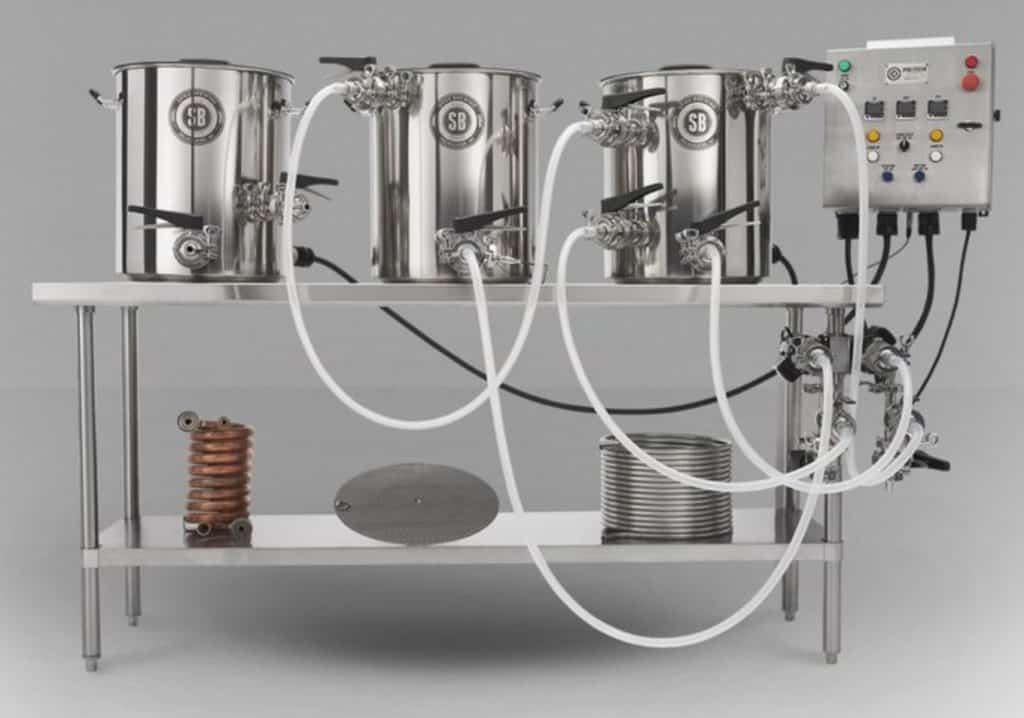 The difference between the two variants is the connectors. Spike utilizes National Pipe Thread (NPT) connectors, while the Spike+ has Tri-clamp (TC) connectors.

TC connectors are more commonly seen in professional or commercial brewing equipment. NPT connectors are found in homebrew rigs. TC connectors have no threads, which makes them easier to clean and generally more hygienic.

TCs are also easier to assemble, with reusable gaskets and clamps. In contrast, NPTs require a change of pipe tape every time you have to take them apart and put them back together.

Both systems are universal, so they will work with a wide variety of other equipment and accessories. Keep in mind that accessories with TC connectors tend to be more expensive than those with NPT connectors.

Both the Spike and the Spike+ are marketed as turnkey systems. Assembly time takes only a few minutes, after which you can plug them in and start brewing, with no other setup or configuration procedure needed.

The control panel that was such an integral part of the Spike has been totally revamped to pro spec in the ‘Plus.’

Providing total control over the entire electric system from a single, centralized location, it is a large part of what makes the Spike/Spike+ such a joy to use. 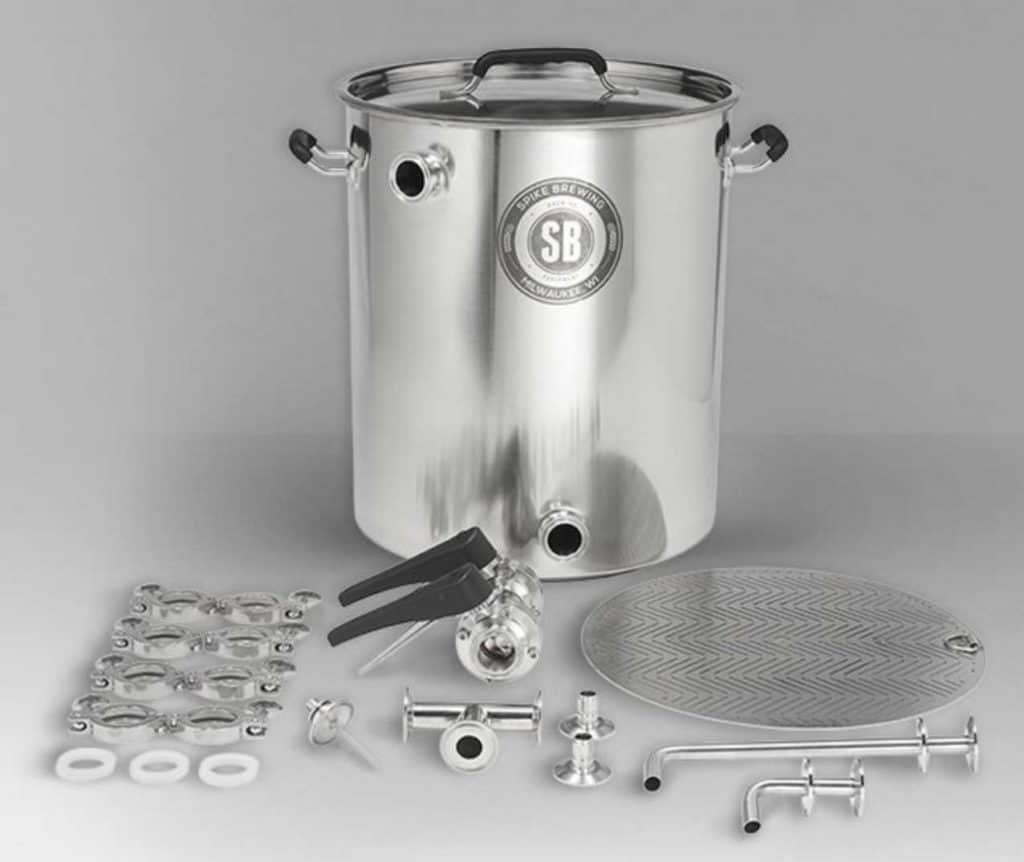 The key to the effectiveness of HERMS brewing systems is the heat exchanger.

Used for keeping the mash at the right temperature, this crucial component allows for precise temperature control and keeps the grain from getting scorched.

This in turn ensures consistent results and great-tasting brews all the time.

The Spike/Spike+ are equipped with powerful heating elements which get the wort up to the proper temperature quickly but maintain that temperature.

Because the mash is constantly circulating throughout the system, there is no need for further recirculation either.

Both models are as robust and ruggedly reliable as they come. The tanks made from the highest quality stainless steel and available in five sizes.

You can learn more features about this electric homebrew system by watching the video below.

Spike Electric Brewing System: Is It Worth Buying? 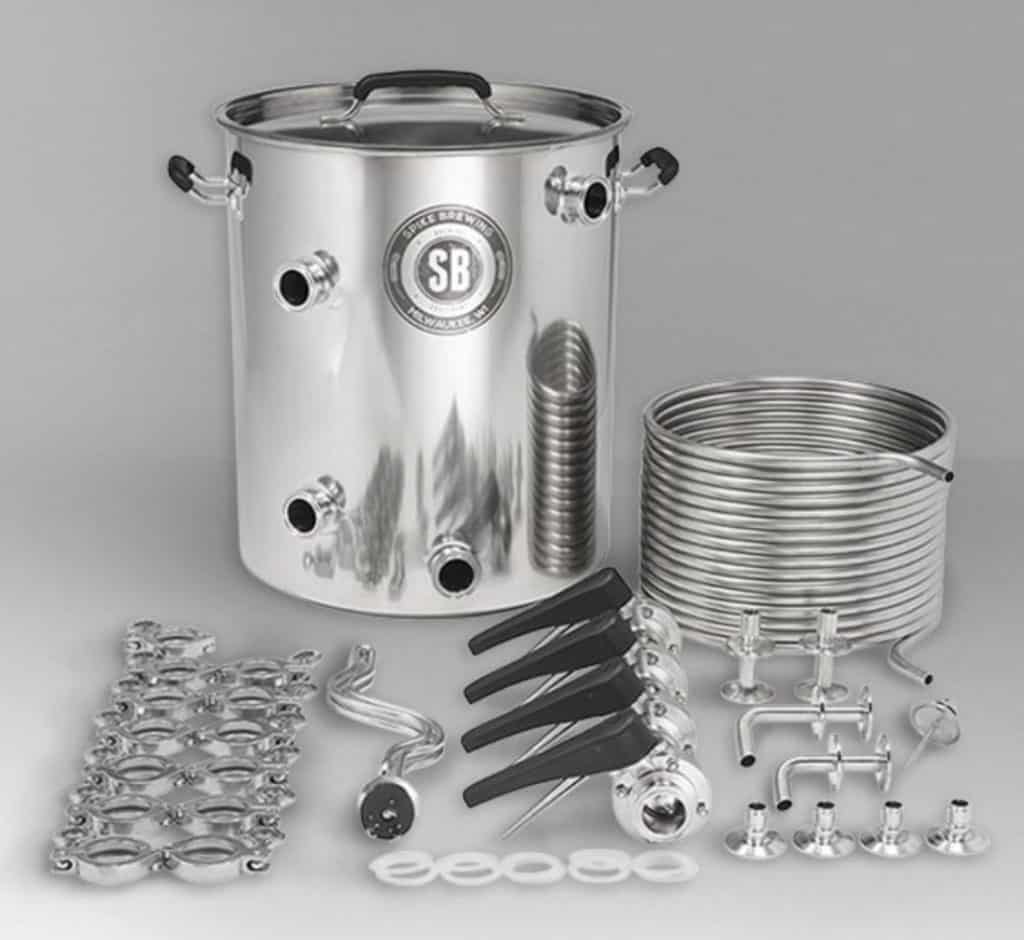 Even years after it was released, the Spike is still a worthy addition to any home brewing set-up.

The Tri-clamp enhances efficiency and productivity and will get you well on the way to producing more consistently high-quality brews.

The Spike+ is a worthy investment that will pay for itself many times over in the course of its lifespan.