You’ve probably seen videos floating aroun on Youtube of people claiming to have tried helium beer. There is even a decent volume of searches on the Internt for helium beer breweries.

But the sceptical among you will (rightly) wonder… can helium beer possibly be real?

The Internet has made skeptics of us all – so it’s worth investigating whether this is fact or fiction! 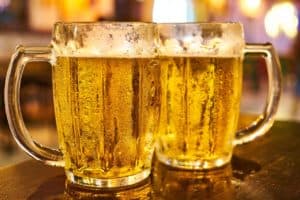 On April 1, 2014, the beer world was surprised on social media with a video from Sam Adams. In that video, founder Jim Koch himself introduces the brewery’s newest concoction — HeliYUM.

He then takes a sip of the helium-infused brew and proceeds to describe its taste while talking in a hilarious high-pitched voice.

The professional quality of the video and Jim Koch’s commitment to the joke made it easy to believe that helium beer was indeed real — that is, until you notice the date when the video was published…

In 2015, another video surfaced, this time filled with German guys drinking helium beer and laughing their faces off whenever a high-pitched sound would come out of their mouths.

The video from Die BierProbierer claimed to have tested helium beer, but, like the Samuel Adams video above, it too was published on April 1.

Since both viral videos were published on April Fools’ Day, we think you can already see what the deal is.

But at this point you might be asking, “Yeah, helium beer as a mass-market thing isn’t real… but… is it technically possible to brew it?” 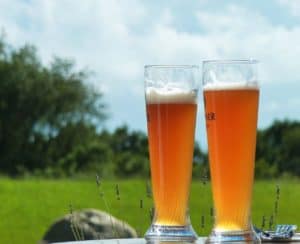 Helium beer isn’t possible, mainly because helium isn’t soluble in water, and it turns from liquid to gas at -220°F. [1]

It would also mean that your beer would turn into a block of ice if you try to infuse it with helium.

All beer geeks have a bit of a chemistry nerd inside them, so let’s put on our chemistry caps for a little while and dive deeper into the science of helium beer.

The majority of beers are carbonated with gas to make them more enjoyable. For the most part, this is thanks to the fact that carbon dioxide is soluble in water. [2]

Most importantly, this can be achieved and maintained at temperatures above freezing. Liquid helium, on the other hand, can change from a liquefied state to a gaseous state at a very chilly temperature of -220°F.

Unlike carbon dioxide and nitrogen, helium is not soluble in water (or in this case, beer). So, it would never mix well, as it cannot naturally bind to water molecules.

However, the world is full of brilliant people (some of them smarter than beer geeks). The scientists at Chemical & Engineering News (C&EN) are some of those people.

They took a look at recreating the claims in these viral April Fools’ Day videos, and they started by trying to answer this very pressing question:

Can You Get a High-Pitched Voice? 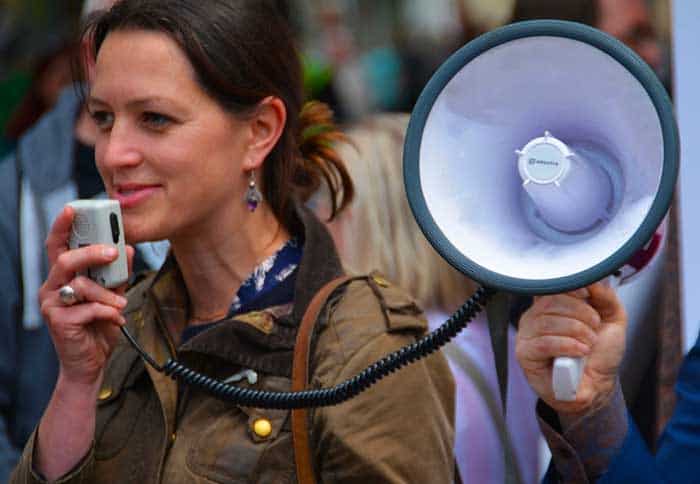 You see, the only entertaining thing about these Youtube videos is the resulting vocal sound the drinkers supposedly are able to make after drinking helium beer.

By combining the brain power of a brewer and that of a chemist, Craig Bettenhausen from C&EN then set out to discover if you could force “heliumnate” a beer that would allow you to produce that high-pitched sound when you drink it afterwards.

They used a stout beer, which would normally have nitrogen added to it to give that famous Guinness effect and creamy texture. For their purposes, however, they took a homebrewed batch of stout (without any added gas) and subjected it to 50 psi of helium pressure for five days.

Then came the long-anticipated pour.

“Our helium stout produced a creamy, stable, well-proportioned head, which persisted through the last sip. The pitch of our voices and belches, sadly, was unaffected.” – Craig Bettenhausen.

The result? The stout looked essentially what a stout would look. It had a creamy head but with a smooth mouthfeel, since it lacked the bubbles that are common with the standard carbonation process.

Essentially, the process of “heliumnation” (yes, we just made that word up) brought about nothing different than if you used nitrogen; even the flavor was the same.

More disappointingly, however, even the drinkers’ voices remained the same afterwards. No high-pitched tone, no nothing. [3]

Which is sad, but kind of what we expected all along. 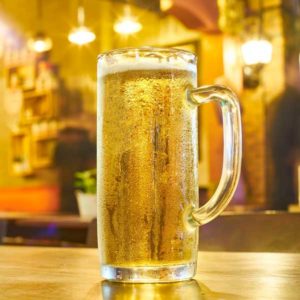 While all the videos featuring helium beer were very entertaining, they were really nothing more than April Fools’ jokes.

We know, we know. What a bummer, right? It would have been absolutely hilarious if you are able to hand such a beer to an unsuspecting friend at a party.

And yes, while you can technically try brewing a helium-infused beer, the reality is that the effort involved in doing so will not make any difference to the pitch of your voice, so why bother?

So, until we find a way to break the laws of chemistry, we guess you’ll just have to stick to helium balloons for the time being.