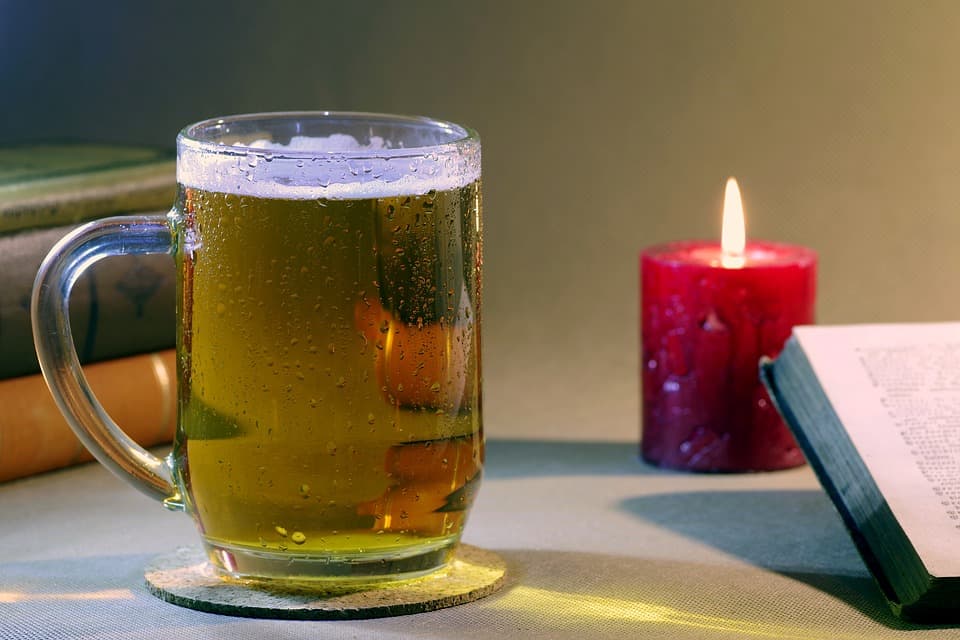 For us beer fanatics out there who also enjoy reading, we have compiled a list of 10 fantastic books about beer, brewing, food and beer pairings and the history of beer. Whether you keep these books for yourself, give them as gifts to loved ones, or display them on your coffee table for guests to peruse (and to know that you’re serious about beer!), they are well worth adding to your collection.

It seems pretty wise to start with a solid reference book, and they don’t get more comprehensive than Jeff Alworth’s Beer Bible. He gives a solid overview of the history of beer and has a firm grasp on what it is about beer culture that attracts a specific type of “nerd.” This Bible gets to the heart of why we love to talk about, brew, sip, and guzzle beer, exploring the British pub scene, the American craft brewery movement, and even some hardcore science behind our favorite drink. Consider this a must for your beer nerd bookshelf.

This epic tome by Michael Jackson (obviously not that Michael Jackson) came out more than 20 years ago but is still a must-read. Jackson is regarded as a beer genius and is known as one of the most accomplished beer writers in the history of writing about the drink. This book covers how beer is made and importantly, informs the reader how to select and evaluate beer, which makes it a great gift also for those that just want to know how to choose from that huge menu at the bar.

3. The Naked Pint: An Unadulterated Guide to Craft Beer

If you are the kind of drinker who likes to pair their craft beer with fine food (and even mixing beer into cocktails), The Naked Pint is a book for you. Perozzi recognizes that today’s brews are every bit as sophisticated and complex as fine wine. She provides readers with a huge amount of valuable information about the science, flavors, history and ingredients of pretty much every style of beer available in America today.

4. The Audacity Of Hops

Tom Acitelli’s book The Audacity of Hops aims to explain how and why the American craft beer scene has exploded over the past decade, providing an incredibly thorough analysis on the topic and analyzing the roots of the movement all the way back to the earlier 20th century. The book was first published in 2013 and deep-dives into the macro trends in economic, technological and cultural terms that drove the industry.

5. The Craft Beer Cookbook: From IPAs and Bocks to Pilsners and Porters

Is there anything better than a slick pairing of craft beer and delicious food? Yes! How about adding beer into your favorite dishes? Jackie is well known on the foodie beer scene for her Instagram account, TheBeerOness, and her brilliant Craft Beer Cookbook picks up where it leaves off. Her recipe book shows you how to incorporate the beers you love to drink into your appetizers, main courses, and even dessert!

You’d have to be living (and drinking) under a rock to not have heard of Mikkeller, the Danish beer wunderkind opening tasting rooms and gypsy breweries all over the planet. Their comprehensive Book of Beer isn’t just about appreciating beer – it guides you through the brewing process so that you can brew it yourself. Bjergso and Pang provide a step by step guide for mashing, boiling and adding hops, and teaches you how to ferment, store and bottle your results.

You need to pick up this tome to take a deep dive into the world of beer appreciation. Josh Bernstein is one of the most influential and important beer journalists writing today, and he has helped bring the gospel of craft to broader audiences. If you have ever mulled over the idea of becoming a cicerone (a sommelier for beer), you need to get your hands on a copy of this book and bow down to his expert knowledge. Maybe you can even get there yourself one day!

Jonny Garrett has written an incredibly readable book about beer that is exactly what it sounds like – a perfect beginner’s course for anyone who is interested in beer. This makes “Beer School” a perfect gift for friends and acquaintances that are interested and curious about beer, but are not about to quit their day jobs to found the world’s next great craft brewery. Garrett is one of the UK’s most trusted names in beer, and he presents a fun and interesting primer to help you (or that friend) learn to distinguish your lagers from your pilsners, and your sours from your goses!

Untapped is a little bit different than the other books on this list, as it is presented as a collection of twelve essays by various authors. They are all passionate about craft beer, asking salient questions about big beer-related themes such as the farm to table movement, gentrification, and how craft beer taprooms and breweries impact local communities. This is a great book for the more socially conscious beer lover on your list!

10. The Little Book of Craft Beer: A Guide to Over 100 of the World’s Finest Brews

Cole’s love of beer shines through on each and every page, making this a joyful and rewarding love letter to our noble brew.