If you love beer, you may also collect beer. Not just a list of beer (for instance, on Untappd or RateBeer), but you may actually have a IRL, physical beer collection. And you don’t know when you’re going to open that super special beer that you’ve been saving for a rainy day.

Or also, if you keep buying new beer to try and keep pushing older beer to the back of the fridge, you may have beer in there that is, let’s say, a little past its prime.

Does Beer Go Bad (Or Expire) If Not Opened?

The longevity of beers depends on a number of factors. A main one is its alcohol content, known by the ABV (Alcohol By Volume) number.

For example, those with low alcohol content can last for 6 months or even more, while vintage beers or those with high alcohol content are made to taste good for years. (You may have heard how IPAs – India Pale Ale – came about when sailors wanted beer to last longer on sea voyages to and from India, so they made higher ABV beer; this is the same concept).

Also note that like any other type of food, beer can have a “best by” date. If consumed after the best by date, the flavors might change and taste worse, while not necessarily making the beer toxic per se.

How Long Is Beer Good for After Opening?

Lots of people believe that beer loses its freshness “by the second” right after you open it. Technically, they re not wrong – beer is certainly fresher right after opening it, and after a mere few hours, it can taste flat. It also loses the head (foam), which is (or rather in this case, was) crucial in keeping its flavor locked in. So unless you’re incredibly picky, you’re probably OK drinking a beer even an hour or two after it’s been opened, as long as it’s been kept at the proper temperature. 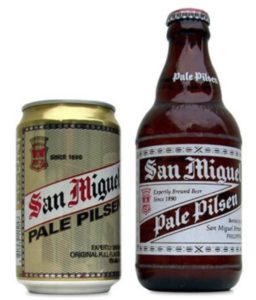 When beer is exposed to oxygen it will inevitably go bad. Cans and bottles have different advantages in protecting your beer from going that route. A main difference is that bottles have space for a little bit of air to seep through, whereas beer cans are exceptionally designed to form an airtight seal, ensuring that the beer inside will not be exposed to any air at all [1].

“Unlike bottled beer, canned beer is airtight. Nothing kills the flavour of a beer easier than oxidation.”
– Josh Counsil, Brewer


How long does beer stay good for after its expiration date? Can you drink expired beer?

Once the beer has been fully fermented, no harmful pathogens will grow in it (if it’s not exposed), so if you open a beer that’s past its expiration date, it’s still safe to drink. Of course, though, if the beer smells or tastes bad, even if it won’t kill you, don’t drink it! [2]

The only downside of drinking an expired beer is that it may not give you the freshness that you will get from drinking a newly-brewed one.

3 Tips to Extend the Shelf Life of Beer

To maintain its freshness and avoid the beer from going bad, here are some tips: 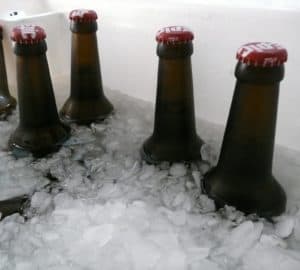 Drinking Expired Beer: Try at Your Own Risk

To reiterate: even if it’s technically safe, don’t drink old stale beer that tastes bad! Life is too short to drink bad beer.

And if you want “fresh” beer  right now, order some online! We recommend Drizly – they deliver within one hour almost anywhere in the US!