Ask anyone what they know about Brazil, and the usual answers include soccer, samba, the Amazon, Rio de Janeiro, beaches, “that big Christ statue with the open arms” (Christ the Redeemer in Rio)… but almost never would anyone say “beer.”

“Cerveja” (beer in Portuguese) is actually a massive part of Brazilian culture. Brazilian breweries almost always consider the constant hot, humid weather of Brazil when crafting their beers, and so produce great brews to enjoy in the hot summer months anywhere in the world. Brazilian beer is typically light, refreshing and crisp, and will most definitely quench your thirst.

These (typically) Pilsner-like lagers are delicate and light in color and body, and you’ll enjoy craft-brewed to mass-produced beers available in different styles and varieties.

Some other interesting Brazilian beer facts:
– AB InBev, the largest beer company in the world, is originally from Brazil
– Brazilians typically order beer in 600ml (20oz) bottles, then pour from that bottle into small 200ml (6oz) glasses for everyone at the table. It’s bad form to let a glass go empty!

Below we list 7 Brazilian Beers that you’ll find relatively easily if you visit the country, and some of these (especially Brahma) you can also find abroad.

Our Top 7 Picks For The Best Brazilian Beers 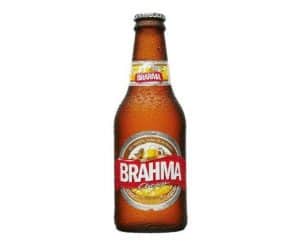 Brahma Chopp is a famous Brazilian beer from AB InBev. The almost always hot temperatures in Brazil call for imbibers to enjoy this beer very chilled, like most Brazilian beers.

This beer is fermented using a traditional bottom method that gives it a strong taste and neutral bitterness that doesn’t overwhelm. You’ll like the bright gold color and Pilsner-like crystalline body and flavor.

This is one of the most widely sold beers in Brazil in both bottle and draft.; you’ll have no problem finding it anywhere you go. 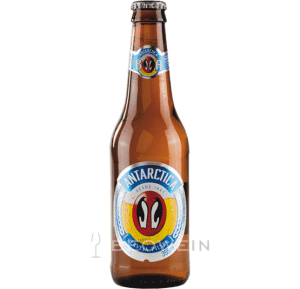 Antarctica is also a product of the traditional bottom fermentation process that gives it a light and bright color. The name and the two penguins on the label hint at the basic of the truth of most Brazilian beer – serve it very, very cold!

This excellent beer has a balanced bitterness with full, malty flavors and distinct aroma. You’ll love it on your holiday trip to Brazil, accompanying Brazilian cuisine. 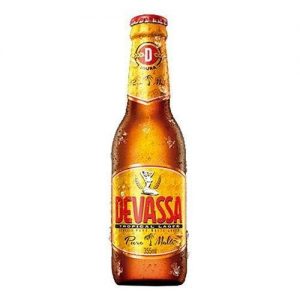 Devassa (the name translates to “lewd woman” in English!) is a smaller brand but widely available in Brazil. The beer has a pleasing pale, gold color with a solid, white head that doesn’t disappear too fast once poured. It is a tasty beer with lemony, corn, malt, and honey flavors – pleasing and cozy.

With an ABV of 4.8%, it’s meant to be consumed in larger volume, like most Brazilian beers. 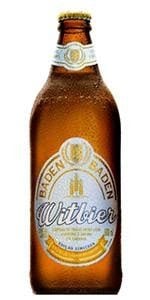 Witbier is a wheat (or “white”) beer from Baden Baden Brewers. It has a cloudy appearance and shows up on our list to showcase Brazil’s growing craft scene. Breweries like Baden Baden are growing in prominence as more Brazilians begin to experiment outside of Brahma, Skol, Antarctica and other mass-market beers.

If you love distinct, citrusy tastes, then this beer is the right choice.  It tastes of oranges and lemons, with a hint of cilantro – quite a mix of flavors!

With wheat and barley contributing to the main malt content, the beer develops a stronger body and density than other beers in its class. 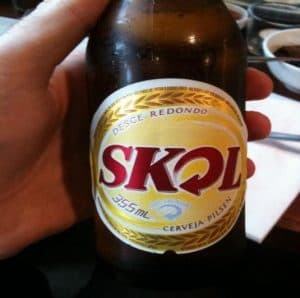 Skol’s historical slogan was, “the beer that goes down smoothly.” It has been one of Brazil’s most popular beer for decades. So, you can be sure of its “typical Brazilian” taste with mild, malty flavors, and a refreshing lingering aftertaste.

This beer has a straw yellow color and mild malt hints in its aroma. It has a minimal list of ingredients – pure filtered water, and grain malt, which makes it extra smooth in taste (like its slogan suggests!).

With fruit juice as part of its content, it is tasty, fruity, and pleasantly flavored. This beer is an excellent choice if you get sick of the lighter Brazilian beers and want something closer to the darker and bitter beers of “back home” (assuming back home is in the US or Europe). The citric flavors also balance out the bitterness and give it a fascinating aroma.

Note, it has 6.4% ABV, which is significantly stronger than the average Brazilian beer. So if you’re drinking this and your buddies are drinking Brahma or Skol or a typical Brazilian beer at 5% or less, in huge quantities, be careful!

Nova Schin is a huge brand in Brazil, and though it’s not known for its superior quality, it made the list as a book-end to show the range of mass-market Brazilian beers. This beer is wildly popular and is known as one of the most common low-price options. When you consider how much light beer Brazilians drink, price matters a lot!

Undoubtedly, beer is one of the fastest ways to introduce yourself to a foreign culture – they give you a distinct taste of the flavors of the country. As Brazil is the world’s third-largest beer market, naturally, it’s a huge part of that culture. So, to get to know Brazil, get to know its beer!