“I want mead!” screams King Hrothgar at the opening of the 2007 film “Beowulf.”

The fact that the original “Beowulf” text is more than 1,000 years old and very much mentions this type of brew points to the fact that mead has been quenching the thirst of Viking warriors and weekend warriors alike since the dawn of history.

With the upsurge in homebrewing in recent years, it has re-emerged into the societal spotlight and many a homebrew aficionado wants to know how to make honey mead so that they too can live a legendary life.

Below we’ll explain what it is, what ingredients are involved and how to brew mead in your own home.

What is Mead and What Does It Taste Like? 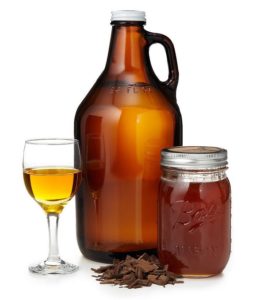 Mead or honey wine as it is sometimes known has been with us virtually since the dawn of civilization and yet there are still misconceptions that surround it. One is the belief that it is in fact beer; another is that it is a form of wine. But these miss the point.

It actually occupies its own niche in the pantheon of fermented beverages and can be any such beverage that derives its primary fermentable from honey [1].

What does mead taste like? As observed, It might be closer to what we know as hard cider. Although the truth is told, it tastes like it.

Some of its many strong points include the fact that there are many ways on how to make mead and most of it is just easy.

What Is It Made From?

When it comes to making this type of homemade brew, you’ll need the following ingredients. Thankfully, none of these mead ingredients are particularly exotic or expensive.

Now that you have your ingredients, let’s look at the equipment you’ll need that Hrothgar would be proud of as seen on its colorful history.

We’re going to provide you with two different but equally good methods to make your own mead, and both the equipment list and this simple DIY recipe will reflect this. 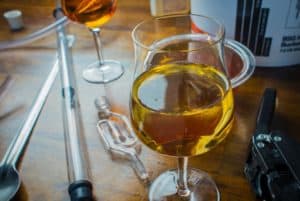 How to Make Mead: The Recipe

The following honey mead recipe will work with either the 1-gallon plastic water bottles or the plastic tub. This DIY guide will surely help you make your own homemade brew. 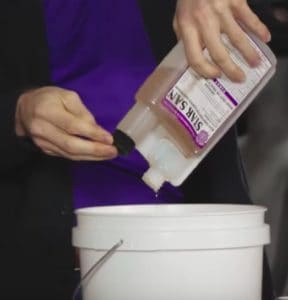 Make sure to sanitize everything before getting started. That includes the tub fermenter, spoons, and plastic tubing.

It’s best to use a sanitizer that’s standard to home brewing, like Star San.

Combine 3 pounds of the honey of your choice with 1 gallon of water. If you are using the plastic water bottle method, you’ll have to remove some water.

If you’re using the covered plastic tub method, just put the desired amount of water into the tub and add 3 pounds of sweetness per gallon of water. This mixture is called “the must.”

Step 3: Mix The Must 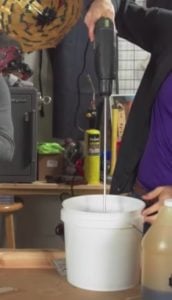 Mix the must by either shaking it (water bottle method) or using a power drill with an attachment (plastic tub method) that in effect blends the honey into the water.

Even with the power drill/blender attachment this will take some time so be patient.

It is crucial that you mix the water and honey together thoroughly. It’s fine to use the stirring spoon if you can’t find an adequate blending attachment for your drill.

The hydrometer itself will have the specific gravity and the corresponding potential alcohol content indicated on the side. If you determine that the mead is going to be stronger and sweeter than you’d like simply add some more water and then test again until you have the potential alcohol by volume you’re after. 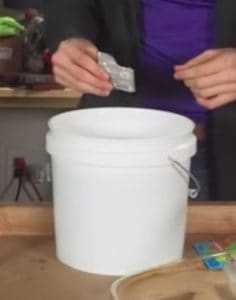 Once you have the desired ABV established it’s time to add your yeast.

One standard yeast package should be good for up to 5 gallons of mead. (Don’t worry. If you add too much yeast all it will do is increase how fast your homemade brew goes through fermentation.)

Stir or shake the mixture until the yeast is thoroughly mixed in. If you want to add fruit and/or spices to flavor now is the time to do so.

Step 6: Cover The Tub And Install Your Airlocks

If you have mixed your ingredients in a tub now is the time to cover it for fermentation. If you have mixed them in large plastic water bottles as in the video, it’s time to install the airlock.

If you like, you can secure them using rubber bands although that shouldn’t be necessary if the balloons are small enough. If you are using the pot or plastic tub, you’ll install a traditional airlock as in the video.

Step 7: Allow The Mixture to Ferment 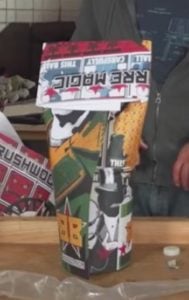 This is the time when you’ll have to let the mixture ferment. If you used the water bottle method, you’ll need to wrap the bottles in opaque paper or cardboard to prevent light from getting in and affecting the fermentation.

How long does it take to make mead? Well, fermentation itself is going to take at least 2 weeks. However, if you want your homemade brew to be at its smoothest, tastiest best, you’ll let it sit for several more weeks after fermentation is complete.

Remember, homebrewing is a process, not an event. Also, make sure to ferment your mead in a cool dark place and not on your sunny back porch.

If you used the tub method, you’re going to want to remove it from the tub after fermentation is complete so you can rack it. This is what you have the plastic tube and carboy for. 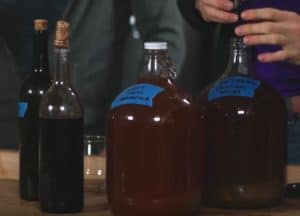 As we said, although the fermentation will be complete in about 2 weeks, your mead will not really taste like much at that point. The longer you can let it sit without dipping into it the better.

Some people (like the guy in the video) prefer to let their mead sit for 2 months. But that’s not mandatory.

Just test it periodically to determine when it’s at its best, whether that be 2 weeks or 2 more months.

Mead, as they say, is the drink of the gods. So sit back, relax, down that glass, and pretend you’re a god on Olympus looking down at them puny mortals from below (at least while your homemade brew lasts) [2]. 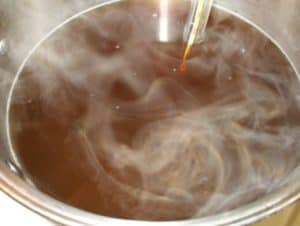 If you are at all familiar with the homebrewing of beer, you may have noticed that there is no boiling step in the above DIY recipe. That’s because mead doesn’t have to be boiled and in fact, many people believe that boiling it robs it of its potential flavor.

You’ll find as many different opinions about boiling as there are opinions about how to drink mead but essentially, the pros and cons of boiling come down to:

At the end of the day, the choice of whether or not to boil your mead is up to you. 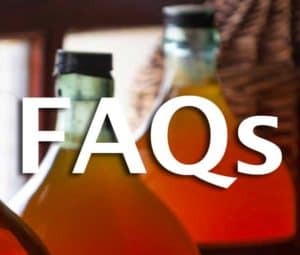 Our Final Thoughts on Making Mead At Home 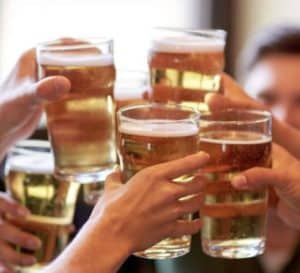 Mead is one of the oldest, if not the oldest, fermented beverages known to man. It has been passed down through hundreds of generations because it’s cheap and easy to make and it can be tweaked to conform to your own particular tastes.

The simple DIY recipe laid out above is only one possible guide, and again, if you want to boil your brew, there are dozens of mead recipes available that will suggest the right way to do that as well.

Making mead for the upcoming holidays will transform your social occasions into the talk of the town. So go get some honey, yeast, and get to work!