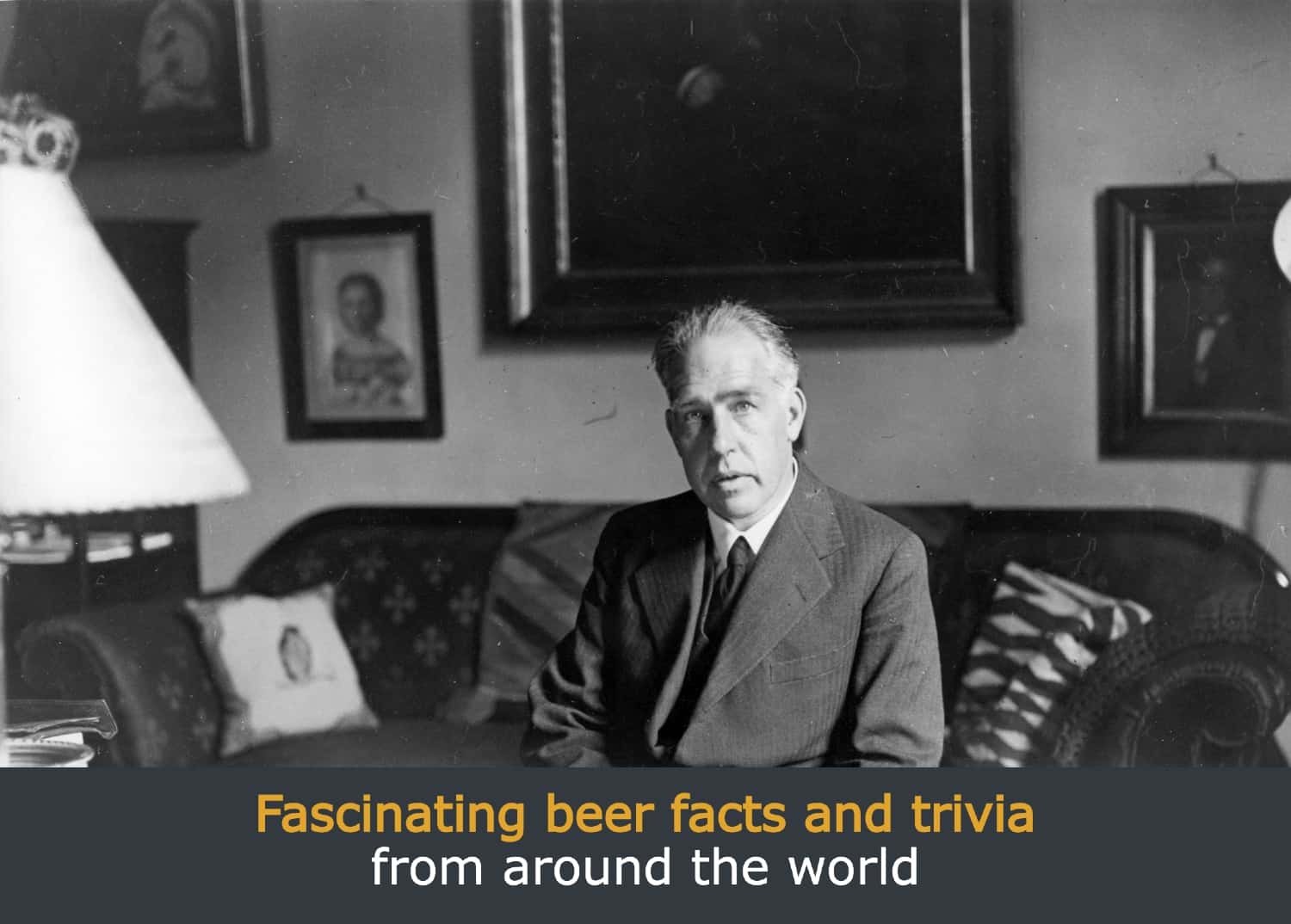 You’ve heard of the Guinness Book of World Records, right? Well, did you know that the Guinness Beer Company (the famous stout beer) began compiling their iconic book of facts and world records to settle the inevitable arguments that would arise while patrons consumed their products? Beer and trivia just go together!

So if you want to impress your friends (and maybe even win the jackpot at pub trivia night), read our list of beer facts and trivia from around the world.

1. Niels Bohr was awarded his own tap of Carlsberg when he won the Nobel Prize 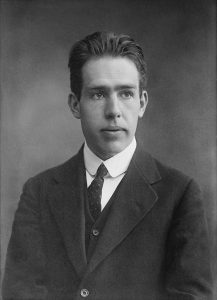 You may remember sketching out endless Bohr models as a kid in Physics class, but did you know that the famous Danish scientist Niels Bohr was also a beer lover? When Bohr won the Nobel Prize in Physics in 1922, the Carlsberg brewery presented him with a marvellous gift – his own draft beer lines, straight into his house direct from the brewery. He blinded them with science, and they got him blind drunk in return!

2. Three Historians at the British Museum recently followed a 5,000-year-old recipe for beer…

…and it was delicious! 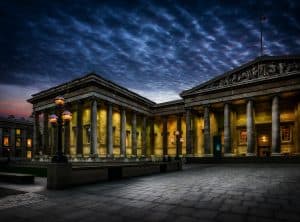 The Agricultural Revolution occurred in 10,000 BC, and the fermentation necessary for beer was a happy accidental invention of this period, resulting from an accumulation of excess grain. Ancient Egyptians enjoyed beer immensely and left vats of the stuff, as well as recipes, in pyramids with their most revered dead. In fact, the workers who built the pyramids at Giza received a gallon of beer a day as a part of their rations!

Three intrepid historians /archaeologists from the British Museum set out to recreate beer in the “ancient style.” The recipe utilized an ancient Egyptian fermenting process that takes place in ceramic vessels. Food historian Tasha Marks, along with brewers Michaela Charles and Susan Boyle, expected the result to be quite disgusting, but they were pleasantly surprised by the subtly sweet taste!

3. Beer (Porter, to be exact) once flooded the streets of London

The year is 1814. A worker at London’s Meux and Company Brewery on Tottenham Court Road noticed that one of the metal hoops holding a gigantic porter barrel was corroded to the point of disintegration. He pointed this damage out to his superiors, and they all decided to just tag it with a note and take care of it the next day. As you can expect, that’s not at all what happened next.

Instead, the huge vat of porter ruptured, flooding the streets of St. Giles and Seven Dials with more than 135,000 gallons of the dark beer, killing a teenaged bar maid named Eleanor Cooper at the pub next door – which is ironic, since her last name Cooper means “barrel maker.”

Today, a pub called the Holborn Whippet (located just a few streets over) brews an annual batch of porter to commemorate the event. 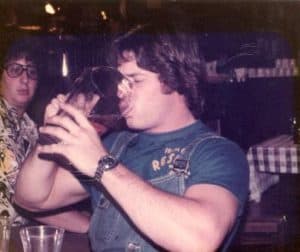 Speaking of the Guinness Book of World Records, the current record for chugging speed dates to 1977, and still holds to this day. Steven Petrosino of New Cumberland, Pennsylvania blew onlookers away when he slammed back 33 oz. of beer (that’s about 3 cans or a full liter!) in just 1.3 seconds. 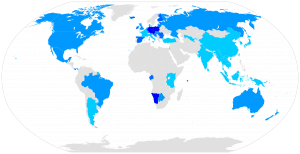 When you think of beer-loving nations, Great Britain, Germany, and even the good ol’ USA probably come to mind. But did you know that the country that consumes the most beer per capita is actually the Czech Republic? They are way out in front, consuming a mind-boggling 40 gallons of beer per year per person. Remember – that is an average across the entire population – so a good portion of Czechs are well above that mark!

6. The Vikings believed in a giant heavenly goat with udders that produced only beer 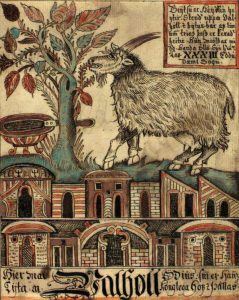 You might have envisioned that your own personal heaven comes complete with an unlimited supply of your favorite beer. Did you also a picture it flowing from the udders of a giant goat? Well, the Vikings did. In their complex system of Nordic mythology, they believed in a Heiðrún, a giant goat that eats the leaves of the Laeraor tree and produces an endless supply of beer and mead. Bottoms up… quite literally! 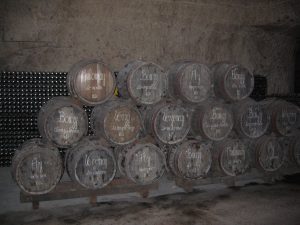 In 2015, a group of archaeologists and scientists from Germany and Finland decided to excavate a ship that sank in the Baltic Sea back in 1840. Aboard the ship were over 150 bottles of booze, including beer, and the intrepid team did what any of us would do – they sampled it.

What did this nearly 200 year old beer taste like? According to the tasters, it had notes of “autolyzed yeast, dimethyl sulfide, Bakelite, burnt rubber, over-ripe cheese…” and had  “vinegary, goaty, and soured milk flavors.” We like a dank IPA as much as the next person, but on this one we’d likely pass…

8. We can thank medieval monks for some of our delicious modern beer 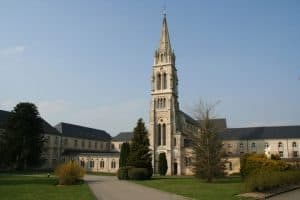 You’ve heard of “Trappist” beer? This comes from the history of brewing at “La Trappe” monastery in Normandy, France.

Medieval monks lived a very measured existence and were used to methodical processes, such as painstaking copying of long religious texts by hand. As part of life in the monastery, by the Middle Ages, monks across Northern Europe started brewing beer with a very calculated, almost scientific approach, recording their recipes and processes with high levels of detail. The result? Recipes that made for a perfectly crafted pint of beer, that we still enjoy to this day. World class beers like Orval, Westmalle Tripel, Rochefort 10 and Chimay Blue are all Trappist beers!

As you can see, there is a lot more than meets the eye to your humble pint of suds. People have been enjoying beer for thousands of years, and with this long history comes some damn interesting facts. Now get out there and impress your friends!