As far as total consumption by country goes, only China – with its 1.3 billion people (~4.5x the population of the US) consumes more beer than the US.

As far as production goes: there are more than 3,000 recognized breweries in the US today and they churn out an incredible 200,000,000 barrels of beer annually (!).

Put another way, American breweries are producing 4.6 billion gallons of beer per year.

But, how exactly did a nation founded largely by conservative religious refugees wind up being such a hotbed of brewing and beer consumption? Let’s take a look…

The Rise of Beer in America 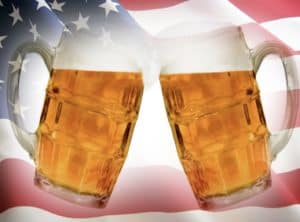 Native peoples had their own recipe that typically included corn, birch sap and water, but no barley.

Once the Europeans arrived, however, the process of brewing beer took on a decidedly industrial character.

Almost two centuries years before the United States “became a thing” in 1776, there is evidence that colonists in Virginia were already brewing their own beer.

In New York, by 1632 the globally ambitious Dutch West India Company opened the first brewery in America in lower Manhattan. These are traces of just how early beer was present on American soil.

Below is a chronological account of some of the most important dates in the history of beer in America:

1587 – The first beer in America was made. Virginia colonists first brew ale using corn. Who would’ve thought that the first American beer was ale.

1632 – The first commercial brewery in the US opens in Manhattan run by the Dutch West India company. The Dutch controlled “New Amsterdam” at the time.

1754 – George Washington, who for a time operated the largest distillery in the US, enters a beer recipe in his journal.

1774 – Robert Smith opens a brewery in Philadelphia. It will continue operating under various names, (including the Robert Smith Ale Brewery which was owned for a time by Schmidt’s) for 212 years until closing in 1986. 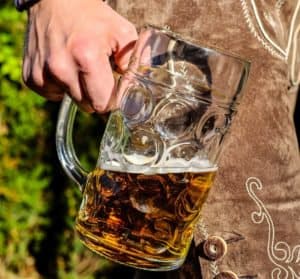 1833 – William Lill and Company establish the first commercial brewery in Chicago. It produces 600 barrels of ale in its first year of production. [1]

1844 – What would later be known as the Pabst Brewing Company is opened in Milwaukee by Jacob Best. Lager beer breweries open in Cincinnati and other cities.

1848 – Political unrest drives Germans to emigrate to the US. Many bring their taste for beer and their brewing talents with them.

1849 – One of these German émigrés, August Krug, opens his own brewery in Milwaukee which eventually becomes Schlitz. California’s first brewery – the Adam Schuppert Brewery – opens in San Francisco.

“San Francisco has always had a drinking population and, except for the era of Prohibition, many breweries and hundreds of bars. The first brewery in California, the Adam Schuppert Brewery at Stockton and Jackson Streets, was established in 1849.”

1850 – The population of the US reaches 23 with 431 recognized breweries producing 750,000 barrels of beer annually. Social temperance movements gain steam.

1852 – A man named George Schneider opens a brewery in St Louis, Missouri that will eventually grow into industry giant Anheuser-Busch.

Today, Anheuser-Busch InBev is the world’s largest producer of beer. [2]

1862 – In order to help finance the Civil War effort the federal government passes the Internal Revenue Act which taxes beer at the rate of 1 dollar per barrel.

Also in 1862, the US Brewers Association has its beginnings in New York.

1865 – A Poughkeepsie, New York brewer named Matthew Vassar founds Vassar College. Today Vassar is one of the most prestigious women’s colleges in the country.

1871 – Several large Chicago breweries are destroyed during the great fire of 1871. Destroyed breweries include K.G. Schmidt, Sands, Lill and Diversey, Mueller and more. 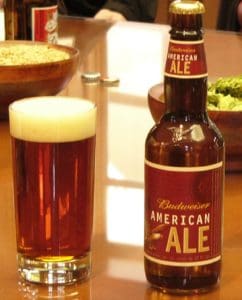 1873 -There are now 4131 recognized breweries in the US producing 9 million barrels of beer annually. A 50% production increase in just 6 years.

1880 – Beginning in this year the number of breweries in the US begins a slow decline. At the same time, due to improved production methods this ever-smaller number of brewers is actually producing more beer than ever before.

By the early 20th century the number of recognized breweries will drop to around 1,500.

1919 – The 18th amendment to the constitution is ratified. It calls for a nationwide prohibition on the sale of alcoholic beverages to take effect January 16, 1920. [4]

1933 – The 21st amendment to the constitution is passed repealing the 18th amendment. The sale of alcoholic beverages is once more legal.

1935 – Beer in cans introduced by the Krueger Brewing Company of Newark, NJ. The innovation is slow to catch on.

1951 – Anheuser-Busch expands its production capabilities with a new plant in Newark, NJ.

Other breweries follow suit by opening facilities outside their local, traditional base of operation.

1954 – Schlitz introduces the first 16 oz can. After Coors Brewing Company introduced the first aluminum beer can.

1962 – The tab top can from the Pittsburgh Brewing Company makes its debut.

Over the coming decade it will eliminate the need for the can opener and result in bottled beer outselling canned beer by 1969.

1977 – What is widely regarded as the first microbrewery appears in California. The New Albion Brewery is incredibly influential. 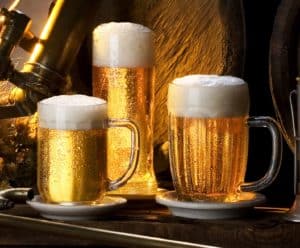 1982 – Birth of the “brewpub” as Yakima Brewing and Malting Company in Washington state opens a bar on its brewery premises.

1983 – Six mega-breweries control 92% of US beer production. As a result, microbreweries gain traction in several states as beer drinkers express a desire for more choice.

1994 – 10 years after the microbrewery revolution began in earnest there are 84 recognized microbreweries in California alone.

1995 – Thanks to the rise of the microbrewery the number of recognized breweries in the US increases from an all-time low of 80 a decade earlier to more than 500.

Early 21st – Home brewing takes off across the country as do beer festivals large and small.

The number of recognized breweries in the US rises above 3,000 for the first time since the late 19th century.

1. Rich Wagner, The Beers and Breweries of Philadelphia, retrieved from https://pabreweryhistorians.tripod.com/ZymurgySpring91.html