Welcome to 52Brews’ ultimate beer yeast guide. Dive in bottoms up to learn all about beer’s most important ingredient and how to bend it to your will.

BEWARE: Yeast is a powerful ingredient—get it right and you’ll be sipping a bitter work of art complete with shades of grapefruit, banana, or apricot.

Get it wrong and you’ll waste your entire batch (like we did the first time!).

There are so many strains, nuances, and flavors of beer yeast that it’s hard to know where to start.

That’s what this guide is for.

What Is Brewer’s Yeast (And How Is It so Magical?) 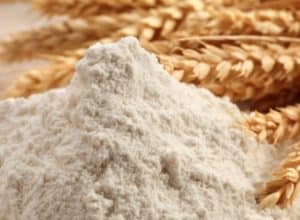 What is yeast used for? you may ask.

So much so that Medieval Europeans thought it was an act of god (more on this later).

Too bad science ruined all of our magic beer hopes. Turns out all of that “magic” was actually the work of tiny, single-celled organisms known as yeast.

To be more precise, they are eukaryotic, single-celled members of the fungus kingdom (the scientific name for yeast is Saccharomyces cerevisiae). [1]

When left on its own, it is your typical eukaryotic, single-celled fungus. Not too exciting.

It wasn’t until some very smart (or very lucky) people noticed that introducing yeast to fermentable sugars created fireworks. 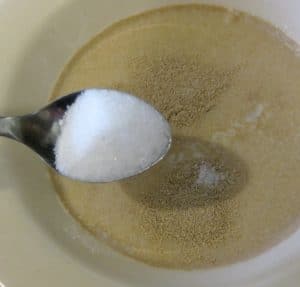 When yeast strains are added to sugar-rich solutions, they use the sugar as fuel to create more yeast.

All of this work creates a byproduct that human beings have been using to forget about how much they hate their bosses for thousands of years: alcohol.

All of this romance creates not only ethanol (alcohol) and carbon dioxide, but, depending on the strain, can also create a wide variety of flavors and aromas.

Basically, what we are trying to say is that your choice of brewing yeast strain is EXTREMELY IMPORTANT.

There are literally hundreds to choose from, but they mostly fall into 2 categories.

People have been using beer as proof of the existence of a higher power for centuries, but did you know that Medieval Europeans supposedly referred to beer yeast as “God is Good?” They couldn’t see what was turning their sugar-rich solutions to alcohol, but they sure were happy!

The 2 Different Types of Beer Yeast

Ever wonder what the difference was between a lager and an ale? It’s all about what you brew it with.

The world’s roughly 60 different beer types can all be grouped into 2 categories. 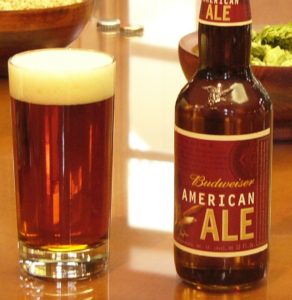 Top fermenting yeasts (also known as ale yeasts) are “hydrophobic”, meaning that during fermentation, they rise to the top of the wort. [2]

This gives the beer a gorgeous, thick head mostly associated with ales. With this type of yeast, the beer is normally brewed at warmer temperatures, creating a brew that is rich in esters (fruity flavors).

“Top fermentation is carried out traditionally in open fermenters, which in the modern era are likely to be fabricated from stainless steel.”
– Charles W. Bamforth, Brewer 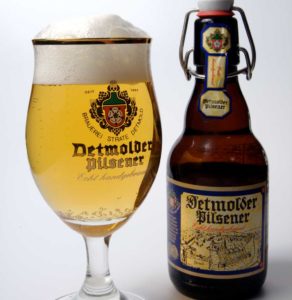 Unlike their hydrophobic relatives, bottom fermenting yeasts (also known as lager yeasts) tend to float toward the bottom of the wort (SURPRISE!).

Honestly, that’s really all you need to know.

How to Choose the Perfect Yeast Strain for Your Beer

Choosing a strain of yeast for your beer is really important when creating your yeast starter.

It is a bit like writing a song on guitar: Sure, you can use the basic chords and can make a song, but if you learn the scales, harmonies, pull offs, slides, and bends, you can make music.

The good news is that strains of yeast are usually named for the beers they create (for example, Czech Lager yeast).

But once you learn the vocabulary of beer yeast, you can start understanding the language rather than relying on a translator.

Here are the key factors for choosing the perfect brewing yeast: 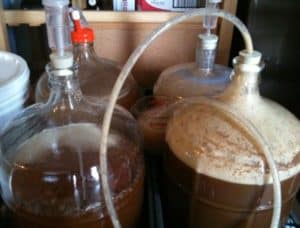 1. Attenuation: Attenuation percentage (sometimes referred to as apparent attenuation) is the amount of available sugars the yeast consumes.

Basically, it’s how much alcohol is produced during the fermentation process. Each strain of brewer’s yeast has a characteristic attenuation percentage that heavily affects the taste of your brew.

Typical percentages range from 72%-85%, with beers over 80% considered very heavy.

2. Flocculation: By far the funniest word in this guide so far (though we almost added bumfuzzle just for fun), flocculation is the magic process of yeast coming together and floating to the bottom of the wort. [3]

Why is it magic? Because like we mentioned before, yeast are single-celled organisms, so brewers would never be able to remove them from beer.

However, for some strange reason (it’s complicated chemistry) yeast cells clump together and remove themselves from the solution, leaving clear beer behind (God really is good….).

If the yeast flocculate too early, the beer will be too sweet. If not at all, it will be cloudy and, well, absolutely horrible.

Choose one that fits your desired range based on your beer type.

3. Alcohol Tolerance: Yeast can only tolerate so much alcohol before it stops working (sounds like us). Its ability to finish fermentation up to your desired alcohol level is vital.

Brewing high-gravity beers is a challenge (except for Belgians) since even the hardiest strains can rarely survive over 15%. Pick your beer’s estimated alcohol level and be sure to choose a strain that has proven capable of surviving beyond that level. 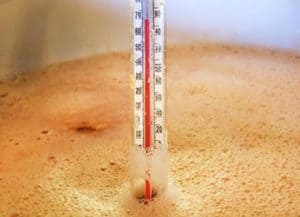 4. Temperature Range: Pay special attention to what we are about to say. Almost all strains will “work” far beyond their listed temperature range….you just won’t like the results.

And, since you’re most likely not equipped with industrial-grade equipment, you’re even more limited. Be sure to pick a strain that fits both your home-brewing capabilities and your desired flavor profile

You may have to compromise. Do not brew at above the listed temperatures.

5. Flavor Profile: Unlike the other quantifiable metrics, flavor is more subjective. Sure, you can read the listed tastes on the packaging, but you won’t ever really know until you try it.

And that’s if you get it right. Read as much as you can, ask for advice from brewers, and experiment on your own to see how it comes out. Just remember to keep at it and always be practicing. 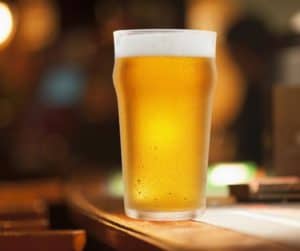 Are you craving a craft beer as much as we are now?

For as complicated and important as beer yeast is, this guide has covered pretty much all you need to know to select the right strain for your next craft brew.

Just remember that yeasts are responsible for creating alcohol and giving your beer its flavor—which makes it pretty much the most important thing you’re going to do in the whole process.

Are you ready to taste the best beer you’ve ever brewed?

Let us know how the flavor came out and if there’s anything you discovered that would help improve this guide!