For me, this question smacks of pillow talk, but it has been at the center of quite a handful of heated debates here in the 52 Brews headquarters of late.

While there are a lot of subjective reasons to favor one beer brewing system over the other, we decided to do an objective analysis and weigh all the pros and cons to find out which one is better.

If you’re planning to alter your own beer brewing process soon, then this article will provide you with all the information you’ll need to come to a decision that’s best for you.

First of all, let’s clarify what these systems actually are.

What is a Recirculating Infusion Mash System (RIMS)? 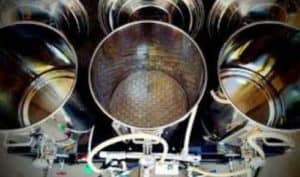 One great thing about a RIMS brewing system is when you build it correctly, you’ll be able to maintain an exceptionally stable temperature in the wort.

This works by having a pump extract the wort from the base of the mash lauter tun (MLT). The wort then circulates through a pipe to an electric heating element, which brings it to a predefined temperature before returning it to the top of the mash tun. [1]

What this process essentially does is it directly heats the wort, which makes RIMS brewing a fast and effective process.

However, the direct heat source has to be higher than the target temperature to make sure the entire batch reaches the right temp.

As a result, even a very short disruption to the pump (just a few seconds is enough) can scorch the wort and make the entire homebrew useless. 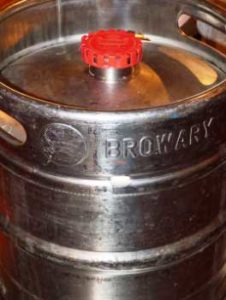 But a RIMS system also boosts the clarity of the wort, since it is continuously filtered through the all-grain bed. When this works well, it can provide consistent results.

If you have perfected your systems and recipes, and you’re a stickler for consistency, then RIMS can be a great solution. But you must be prepared to spend a lot of time monitoring it.

Personally, that is the reason I dislike RIMS brewing.

What is a Heat Exchange Recirculating Mash System (HERMS)? 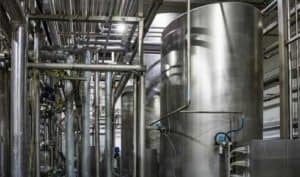 The HERMS system is a much simpler way to heat the wort and mash while providing a very consistent mash temperature.

This is where we get to the critical part.

In a HERMS brewing setup, the wort is gently extracted from the top of the MLT through a pump and a network of pipes.

The wort is then pumped through a coil at the center of a hot liquor tank (HLT). This tank contains water that is heated by a heating element to a preset temperature.

Essentially, you end up heating the wort indirectly, as it flows through a coil of metal tubing within the tank.

By not subjecting the wort directly to the heat source, HERMS systems crucially reduce the risk of scorching the wort, which means that it also has lesser chances of ruining your batch of homebrew. 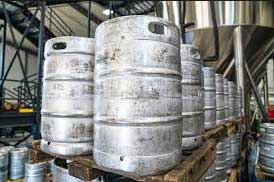 While you do have less equipment with this system, you should still be aware of the fact that the gear will take up more space.

This is mainly down to the HLT requiring about 10 to 15 gallons of water (in a small setup), which also makes it less convenient to move around.

For those of us who are continually brewing new batches, this really isn’t a big deal. You find somewhere to set up and you just leave it there.

Having less stuff to clean after each homebrew, and a lower risk of systems failing, tends to outweigh any need to create a portable setup like RIMS.

There is also an ongoing study at the University of Houston where they built this type of system and test its effectiveness. The results are still on the works but we bet that it would be a good one.

Which One Should You Pick? 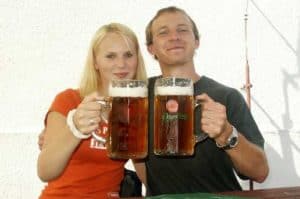 If you’re a bit more serious about beer brewing, and want to have more control over the mash temperature, then a more automated setup is well worth the investment.

To settle the debate, we put it to the vote before and after coming up with this list of pros and cons.

The result was 3 to 2 in favor of the heat exchange recirculating mash system. After this analysis the vote went even further in favor HERMS, with a 4 to 1 vote.

So, obviously, it can be clearly stated that I was right all along, which does happen sometimes.

If you’re one of those homebrewers who need a very fast heating system then RIMS is still the best option.

But you have to make sure you understand the downsides. For us, reducing the risks in the brewing systems avoids a lot of frustration, and that’s why we recommend getting a HERMS setup.

If you test out either of these, then do let us know how you got on.