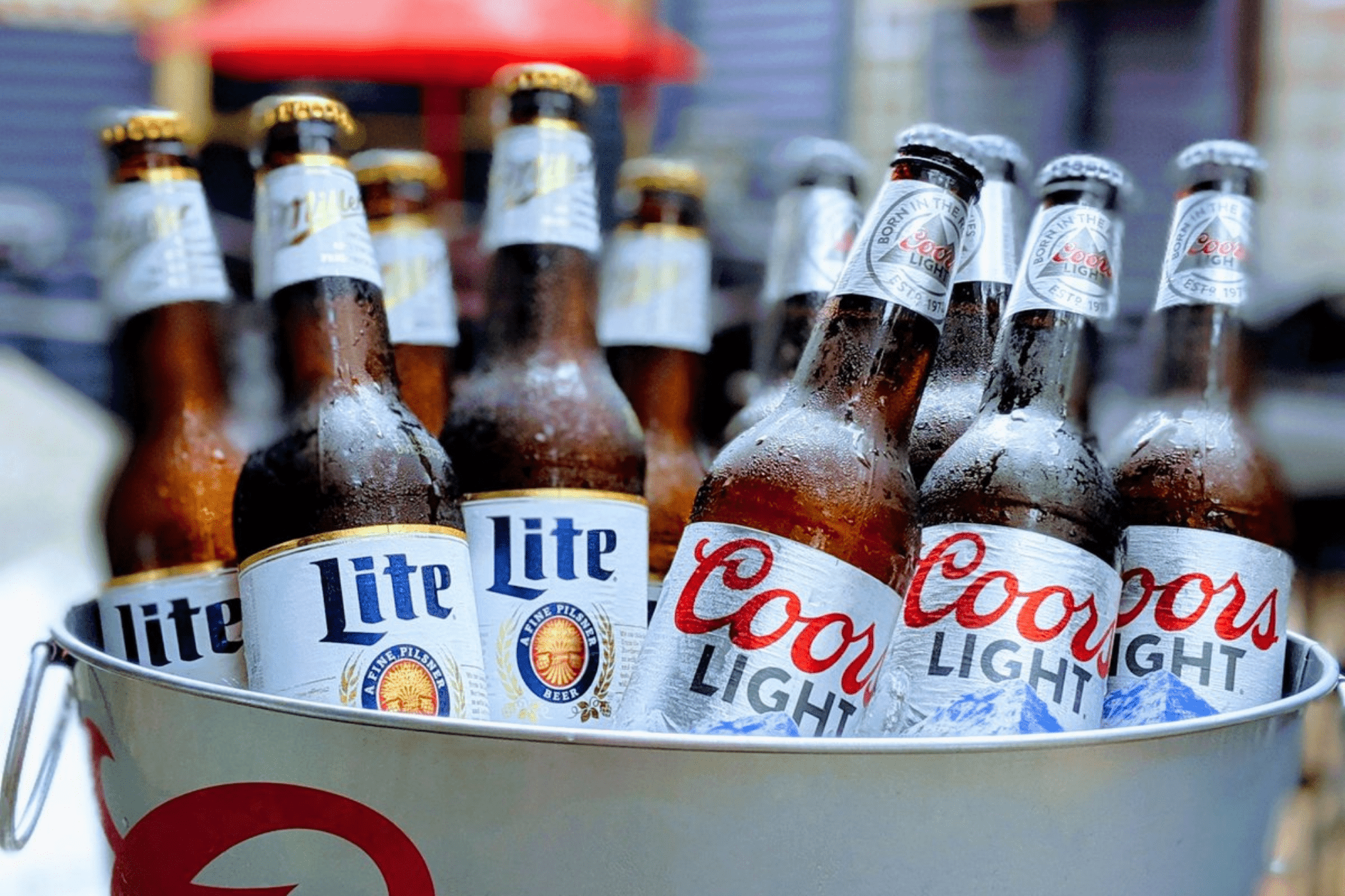 In the past, beer was a simple topic – it was simply beer. Domestic and import were the two major classifications. However, in the recent decades, tons of craft brews and microbreweries have come around. If you aren’t a die-hard beer enthusiast it’s tough to understand all of the differences. Draft, craft, import, and domestic beer are some big terms. However, specific differences like wheat, sour, IPA, and plenty more beers can make it even more confusing.

In this article, we answer the overarching question, “What is domestic beer?” We also dive into some notable examples of domestic beer and explain the difference between domestic and other types of beer.

So, What Is Domestic Beer?

The word domestic has several meanings, but there’s one in particular when referring to beer. This definition of domestic states, “a product not made abroad.” It’s a definition that’s mostly used in North America, and more specifically in the US. As such, domestic beer technically refers to American beers.

However, there’s more to the story thanks to the rising popularity of craft beer. These smaller breweries may still fit the basic definition of domestic, but it’s unusual to refer to them in that way. To paint a better picture let’s dive a bit further into domestic vs craft vs import.

For the sake of this article, we aren’t going to dive into specific beer types like wheat, sour, and IPA. That’s an article of its own that we will have in the near future. Instead, let’s focus on craft, domestic, and import beers.

This is likely the easiest one to explain since the water can be a bit muddy when it comes to domestic vs craft. However, import beer is straight-forward. An imported beer is simply foreign beer (which could also still be considered a craft beer or foreign craft beer). Some common examples of import beers include:

Plenty of other popular foreign beers are around. Think Stella Artois from Belgium or Corona from Mexico. These are just a few that come to mind, and we could go on and on with other examples. Anyways, the main point is that import beer is simply brewed outside of the US.

On the surface, craft beer is a pretty simple topic. This is a scene that’s been exploding since around the 1970’s, and even more so since the 2000’s. These are a lot of the beers you find from microbreweries, brewpubs, taprooms, and regional breweries. A vast majority of Americans actually live within 10 miles of a craft brewery. Depending on where you source the numbers there are some 5,000 to 9,000+ craft breweries in the US alone.

Some beers that begin as craft beers lose their official craft beer status. The Brewers Association defines a craft brewery as independent – meaning less than 25% of the company is controlled by an alcohol industry member. These are the big boys like Molson Coors and Anheuser-Busch. If these companies come in and buy-out a craft brewery then that brewery is no longer officially craft.

We’re from Colorado so a big example that comes to mind is Breckenridge Brewery. They were purchased by Anheuser-Busch in late 2015. Some others purchased include 10 Barrel and Elysian Brewing Company. These are no longer official craft breweries. However, many still consider them as craft beers rather than domestic.

True examples of larger, popular craft breweries in the United States include:

Otherwise, think about all of the other small craft breweries out there. Chances are there are at least a couple local to you (if not dozens).

Circling back to the main topic of this article, “What is domestic beer?” We now know in its basic form it’s simply beer brewed in the United States. However, many don’t associate craft beers as being domestic. Instead, the term refers to the “big boys” we discussed briefly in the last section. As of now, it’s basically Anheuser-Busch and Molson Coors. Examples of domestic beer include:

In general, a domestic beer is one made by one of the major breweries. It’s also typically mass-produced, inexpensive, and very easy to find anywhere in the United States. Chances are you’ll find at least one of the above beers in almost any bar or restaurant. Of course, certain bars may cater to craft brews and not offer any of these domestic beers.

There isn’t always an exact definition or perfect answer when it comes to the line between craft and domestic. Some may refer to other popular, mass distributed beers as domestic. Yuengling and Sam Adams are good examples. They are both craft breweries by definition since they’re independently owned. However, they’re also widespread and generally easy to find beers – traits similar to those of your typical domestic beer.

Other Craft vs Domestic Differences

None of these differences necessarily define a domestic beer. However, you may notice a few of these common themes with domestic beer:

Additionally, the big boys are in the game for profits and mass distribution which means making the beer for less money. They often substitute rice or corn instead of traditional hops that are more expensive. Craft brews typically put more emphasis on quality and innovation. Of course, they still want to turn a profit too so you’ll notice the higher price tags on craft beers.

A lot of 6-packs of craft beer come in around $9-13. Some sell 12-packs or variety packs that will set you back about $16-20+. It’s also uncommon to find larger offerings like the standard 18, 24, and 30-packs you find for many domestic beers. Ultimately, you’re paying roughly double the price for most craft beers.

Looking at it in the simplest form domestic beer is simply beer brewed in the United States. A definition of domestic – common in North America – refers to a product not made abroad. However, the explosion and popularity of craft beer muddies the water. Just because a beer is brewed in the US does not mean it’s a domestic beer.

Starting with the basics – import beers are foreign, but they may also be craft beer. Craft beer refers to an independent brewery with less than 25% ownership from any major player in the industry, such as Anheuser-Busch or Molson Coors. There are thousands of these craft breweries in the US, and tens of thousands of unique craft beers. It’s uncommon to consider these craft beers as domestic.

Instead, domestic beers are often classified as the beers from the “big boys”. Think of the standard beers you find at almost venue that serves beer or any liquor/beer store – Coors, Budweiser, Busch, etc. These beers are widespread, cheap, and all share similar appearance and taste.

Do you like domestic beer or prefer craft beers? What are your favorites?