Have you ever wondered why your craft beer isn’t as clear and professional-looking as commercially brewed beers? Does it have a murky and off-color appearance, no matter how many articles or videos you have studied?

We have the solution to your problem.

Cold crashing is by far the simplest and quickest path to crystal clear beer and ale that looks like it was brewed in a state-of-the-art facility.

Also used in winemaking recipes, the process is so easy that anyone can do it with only a few pieces of brewing equipment that you probably already have.

Best of all, you won’t have to add in any Irish Moss, fish guts, gelatin, or any other additives.

In a nutshell, the only thing you need to do to cold crash your beer is to chill it down to as close to 33° Fahrenheit, as quickly as possible.

This is most effectively done by placing your beer in a carboy or a fermenting vessel and then placing it in a fridge or a temperature-controlled freezer.

What Is Cold Crashing?

Cold crashing is essentially the process of reducing the temperature of homebrewed beer quickly before kegging or bottling.

It causes the yeast, proteins and other sediments present in the brew to sink to the bottom as “trub”.

Without cold crashing, these sediments will remain afloat in the beer, causing it to have a cloudy and hazy appearance.

What Is It Used For? 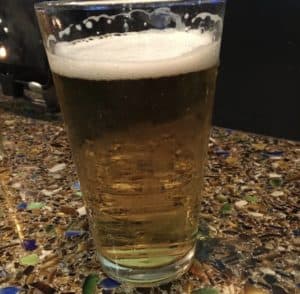 Cold crashing is used to create a much clearer beer or wine, with a crisper and more vivid hue.

Lowering the temperature of the beer to close to the freezing range is essential for proper cold crashing.

You could also add gelatin finings during the cold crashing process in order to make your brew even clearer.

“The quick cooling of a beer or other brews like wine or mead encourages yeast to flocculate or group together and other particles like protein to coagulate. When the particles group together, the collected mass helps to bring them down to the bottom of the vessel and out of suspension.”
– Neil McDonald, homebrewanswers.com

What Are the Benefits?

The main benefit to cold crashing beer is the improvement of its clarity and appearance.

The difference can be quite striking when comparing cold crashed beer to an unprocessed brew.

Cold crashed beer will have an almost startling clarity to it, and an appearance that is practically indistinguishable from commercial beers.

This is because most of the particles that would otherwise clog up a siphon or a dip-tube would have already sunk to the bottom out of suspension. It’s especially effective for dry hop beers, which would otherwise have a considerable amount of hops and other particles in suspension.

Are There Any Downsides?

There are some drawbacks to cold crashing, notably:

It requires fairly precise temperature control. You will need to get the beer down to near-freezing temperatures quickly, without going lower. This will require a temperature-controlled fridge or a freezer with an external thermostat controller.

It prolongs the time that the beer needs to remain in the chamber. Cold crashing will add at least two to three days to the brewing process.

It increases the chances of fluid and oxygen exposure. As the beer cools down, a vacuum will form in the cold crashing vessel. This could expose the beer to fluid and oxygen, which could affect flavor. [1]

How to Cold Crash Your Homebrew

The only equipment you will need for cold crashing are the following:

1. Vessel for holding your beer 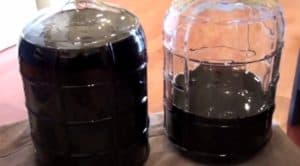 A carboy or fermentation vessel will do nicely. You only have to ensure that it is sanitary and that there is a reasonably secure seal on it.

It doesn’t necessarily have to be airtight, as you aren’t going to be inducing carbonation yet at this point. 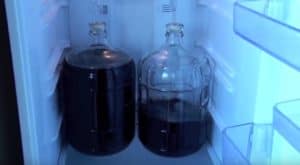 For this, you could even simply leave your beer in an uninsulated garage or basement during the winter, if you live in a cold enough area. This solution will cost nothing, and it can be quite effective.

Of course, an actual refrigerator will give you more consistent results and will enable you to maintain the proper temperature more easily. Furthermore, a refrigerator can be used throughout the year. [2]

In most cases, you could simply place your beer in the fridge, turn the temperature down to the lowest setting, wait a few days, and it will be done.

You could also use a freezer, but you will need an external temperature controller such as an Icebird thermostat controller in order to prevent the temperatures from getting down into icing range. Ideally, you will want to get your beer to just above freezing, without going lower.

Steps in Cold Crashing Your Beer 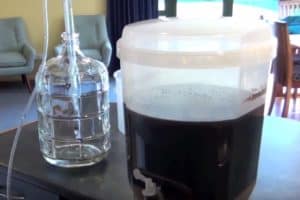 Step 2
Transfer your beer to a sanitary vessel, which may be a carboy or even your fermentation vessel.

Make sure it is clean and free from sediments if you have previously used it for fermentation!

Place the vessel containing your beer in a refrigerator or a freezer with an external temperature control device.

Step 4
Keep the beer within the appropriate temperature range for two to three days.

Step 5
Check for if it’s clear after two to three days. 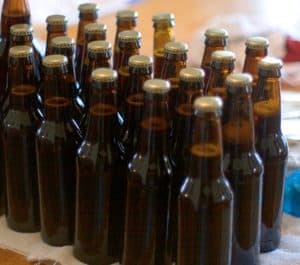 Bottle your beer and allow it to rest at room temperature in order to carbonate.

Some Notes To Remember


If you opt to keg your beer instead of bottling it, you could actually cold crash it right in the keg.

This will enable you to purge the keg with CO2 and not have to be concerned about oxygen entering the vessel. You could even transfer the beer to another keg in order to filter out more sediment.

Cold crashing can result in a phenomenon known as “chill haze,” in which the beer isn’t as clear as it should be even after the process. When this happens, you can usually use gelatin finings in order to remove the haze.

If you opt to cold crash your beer in a fermenter, keep in mind that air may be sucked back into the airlock due to the change in temperature.

This shouldn’t be a cause for concern, as there is likely sufficient CO2 in the fermenter to prevent oxidation. Of course, you do have to be careful not to shake the fermenter around too much.

1. When Should You Cold Crash? 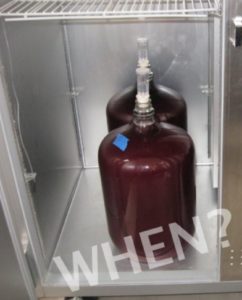 The short answer is that you should cold crash your beer ONLY when fermentation is complete. Ideally, this should take place at least two to three days before you are scheduled to bottle.

There are a number of different ways to determine when fermentation is completed. But using a hydrometer will enable you to determine the appropriate time more accurately.

Ideally, you will want to get a first reading so that you have a point of comparison for subsequent readings.

Why is it so important to make sure that fermentation is complete before cold crashing?

Yeast will only continue to ferment while the temperature is within a certain range. If it falls below that range, the sugar in the brew will no longer be converted into alcohol. This will result in a beer that doesn’t taste as good it should.

2. What Is the Ideal Temperature to Cold Crash?

If you want to peg it down to a specific temperature, 38° Fahrenheit will usually get you good results. 40° Fahrenheit is just about 4.4° Centigrade.

Whatever you do, make sure that the temperature doesn’t get so low as to freeze the beer.

Placing your beer in a temperature-controlled fridge is the best way to ensure that you keep within the proper temperature range for cold crashing.

You could also could crash in a freezer, and use a thermostat controller such as the aforementioned Inkbird Temperature Controller to monitor the temperature.

Either of these two methods will enable you to get the temperature down to the proper range quickly without freezing it. This will ensure the resulting brew is as clear as you want it to be.

3. How Long Does it Take to Cold Crash Beer? 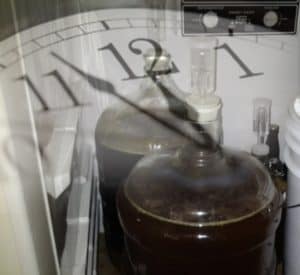 Cold crashing usually takes as long as two to three days. At the end of this period, you will likely have a really clear beer that you’ll be proud to show off to your friends.

Even if you continue to keep your beer at the cold crashing temperature range past this period, it will probably not get any clearer.

Keep in mind that if you intend to cold crash and bottle condition your beer, you will have to allot additional time for conditioning. This is because there is less yeast present in the brew after cold crashing, which would be insufficient for the beer to be carbonated fully.

“If you are to cold crash and bottle condition your brew you may find that you need to allow extra time to condition, as there would be less yeast present to carbonate the bottles.”
– Damian Brann, homebrewsupply.com

What We Learned From Cold Crashing 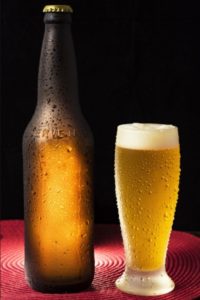 Cold crashing is quite an effective way to enhance the clarity, color, and general appearance of your beer.

The results can be pretty impressive to say the least, and you may even get some comments about how your beer looks even better than any commercially-available brew.

Perhaps the best thing about cold crashing is that it can be done fairly easily, with only a few pieces of equipment that likely already have.

If you want to improve the appearance of your beer easily and affordably, this is the best way to go about it.

Brewing your own beer at home is a thoroughly satisfying and rewarding experience. If you want to learn more about cold crashing and homebrewing in general, you can sign up for an informative course at Craft Beer & Brewing Online Learning.