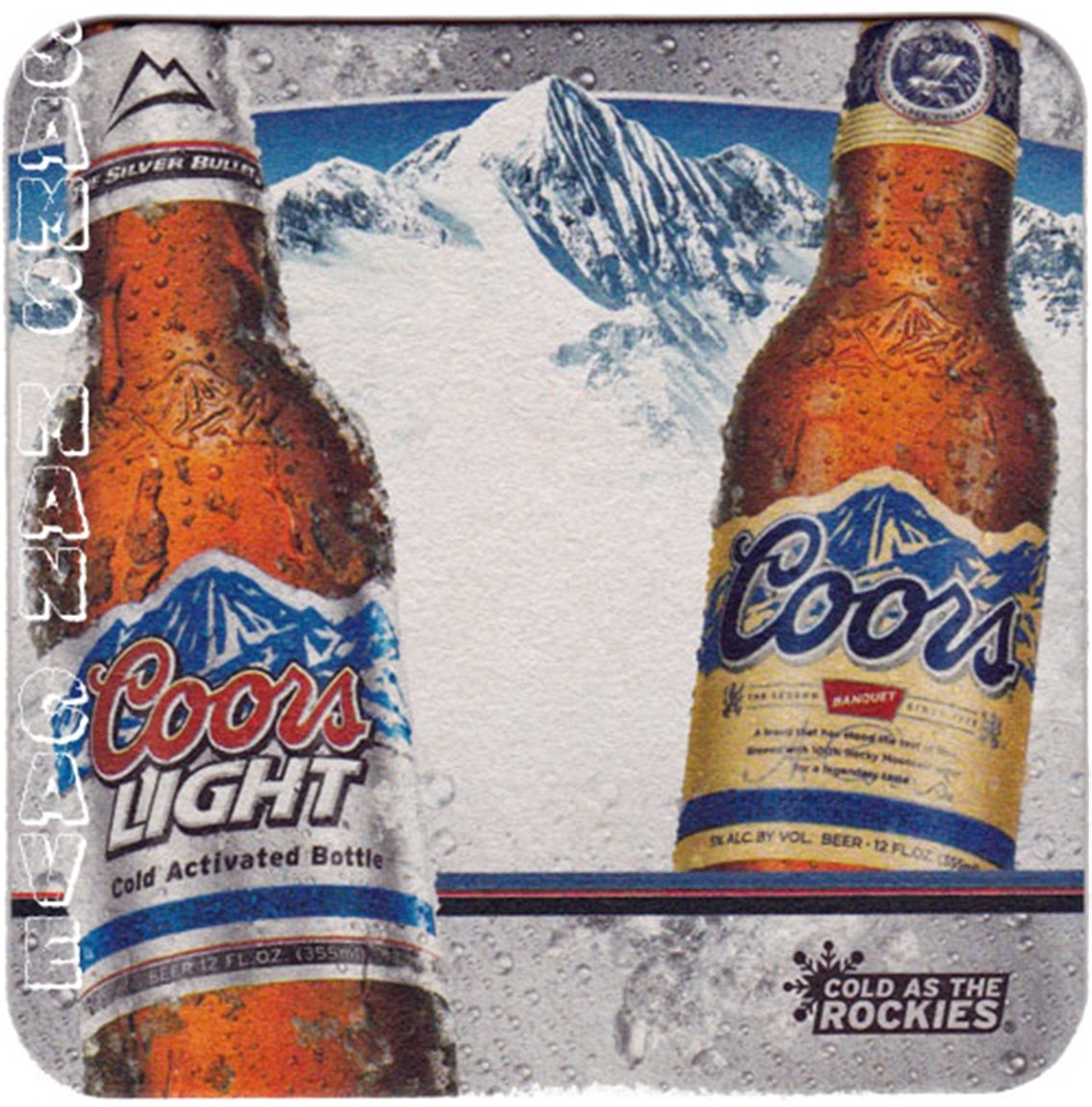 Coors Light is the 2nd most sold beer in the United States, only behind Bud Light. But what about Coors Banquet? Budweiser, the heavier version of Bud Light, is the 3rd most popular beer. Coors Banquet? Well, they are right around #20 when it comes to most sold beers in the US. Why is it that the original Coors, Coors Banquet, is so much less popular than Coors? In this Coors Banquet vs Coors Light article, we will explore their histories, similarities, and differences.

As a note, Coors Banquet was renamed to Coors Original. We reference them synonymously.

The Coors Brewing Company was founded in 1873 in Golden, Colorado. In 2005, they merged with Molson, Inc to form Molson Coors. In addition to Coors, Molson Coors owns brands like Miller, Keystone, Blue Moon, and a handful of others. Before Coors was a part of a large beverage conglomerate it was a brewery started by an immigrant who moved west.

Adolph Coors founded the Golden Brewery just 5 years after he came to America in 1868. Over the years business kept on growing until Prohibition hit in 1916. Fast forward to 1933, Coors Banquet was flowing again but only sold to states in the west. It was like this for nearly 60 years. It wasn’t until 1991 that Coors became available nationally.

There are a few things to note about Coors history. First, is their iconic stubby, glass bottle. It started in 1936 but only lasted 23 years. Aluminum cans became the standard in 1959 due to environmental and recycling efforts. Second, is the Coors Light. Coors Light was first introduced in 1978, over 100 years after Coors Banquet. Lastly, Coors was actually illegal to sell east of the Mississippi in the 1970’s which helped its popularity in ways.

One reason for Coors Light’s dominance over Coors Banquet in the US Market could be due to nutrition. Light Beer exploded in the 80’s and early 90’s for a couple reasons. First, a lot of people didn’t like beer. Light beer has less flavor and alcohol which can make it easier to drink. Second, is for the nutritional value. Light beer has less calories and carbs, so you can try to avoid the beer belly.

The first thing you need when you brew beer is water. Coors uses water right from their backyard, the Rocky Mountains. The next step is Barley. Their Barley is grown right at the foothills of the Rockies, and then malted on-site at the brewery. Next, they use a lager yeast strain. Read more about yeast in our Lager vs Ale article. Lastly is hops. Coors Banquet uses Chinook, Hallertau, Herkules and Taurus hops to add those bitter flavors.

When it comes to brewing Coors Banquet, many traditional techniques are still used. Coors Banquet is filtered with Enzinger, uses the closed horizontal box fermentation method, and is brewed in Huppmann kettles. They know that there are more efficient ways to mass produce beer, but Coors abides by the ‘if it ain’t broke don’t fix it’ approach.

As the 2nd most popular beer in America, Coors is obviously known for its beer. However, maybe the most iconic characteristic of Coors is their can and bottle. One has a history and nostalgia that will take you back in time, the other has a temperature related feature that turns the mountains blue.

In 2013 Coors re-released their stubby brown bottles. The bottles are inspired by the shape of the bottles that Coors used following prohibition. In addition to this, Coors also launched the Heritage Can. It uses the golden and brown colors of the original bottle and features a peak into Coors’ history. The original bottle and cans have also been nicknamed Yellow Bellys and Yellow Jackets.

The golden colors are important to Coors for two reasons. First, they are located in Golden, Colorado. Second, Coors became popularized by gold miners in the 1800’s and 1900’s.

While Coors Banquet uses the original golden colors to celebrate their history, Coors Light uses new age colors and technology. Coors Light is printed on a sleek silver can with an outline of the white Rocky Mountains in the background. The coolest part is what happens to those mountains. When Coors Light reaches a temperature below 4 degrees Celsius, those white mountains turn blue. So, if someone says “the mountains are blue”, they are referencing a cold Coors Light.

While Coors Light is just the lighter version of Coors Banquet, there are differences in taste. Beer drinkers and those who like beer are more likely to enjoy Coors Banquet. Light beer, on the other hand, is made to be a ‘drinkable’ as possible. In essence, light beers are trying to appeal to as many people as they can. From both a taste and nutrition standpoint. So, Coors Light has more of a water taste and mouthfeel.

Hops are more present in Coors Banquet and it has a higher ABV than Coors Light. You can expect a Coors Banquet to be more bitter and have a more traditional beer taste. Coors Light will have more refreshing and thirst-quenching traits.

Coors Banquet vs Coors Light, Which is Better?

We can’t say which is objectively better. Too much just comes down to personal preference. However, if you don’t like beer, you’ll likely enjoy Coors Light more. Another way to look at it is in terms of utility. Are you watching calories and carbs? Go for Coors Light. Do you want to get a buzz? Go for a Coors Original.

Personally, I dislike Coors Light but love Coors Banquet. Bud Light and Busch Light are my go-to domestic, light beers. Coors Banquet, however, is one of my favorite domestic beers. Some of my best friends are huge beer drinkers and love Coors Light, though. Ultimately, it just comes down to what you like, so grab a can of both and find out for yourself!

Below are frequently asked question regarding Coors Banquet vs Coors Light. Many of these are answered in the article above.

Why is Coors Called The Banquet Beer?

Miners were the original drinkers of Coors. After 12+ hour days underground, they would feast and drink at local pubs. There they would drink Coors and eventually coined the name “The Banquet Beer”. They officially adopted the name in 1937.

While this comes down to personal preference, I certainly think so. Coors Original has a more traditional beer taste with some light fruity notes. Coors Light is lighter, thinner, and more water like.

Why is a Coors Light Called a Silver Bullet?.

After Coors switched to cans instead of bottles in 1959, they were golden, yellow, and brown colored. These cans were called yellow jackets and yellow belly’s. They removed the coloring on Coors Light cans and were left with a mostly silver can. The silver had a more sleek look, so it was dubbed the ‘Silver Bullet’.

Is Coors Banquet the Same as Coors Original?

How Many Calories Are In Coors?

What Kind of Beer is Coors?

Like nearly all mass-produced domestic beer, Coors is a light, golden lager.