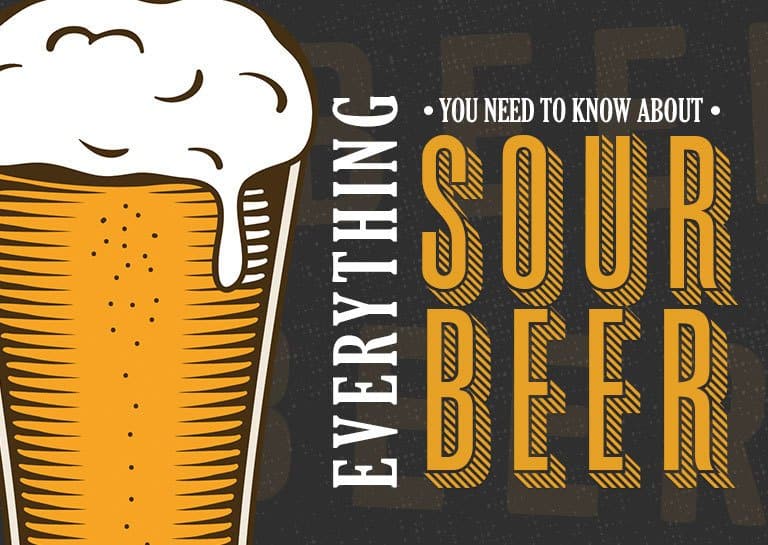 In the last decade or so, sour beers have become popularized to the point where most brewers have put at least one out on the market. You’ve likely had a couple sours in your life time, or at the very least, seen them on a menu. If you’re a fan of sour beers or are looking into trying one, we present to you: 5 of the Best Sour Beers.

As a note, these are not the top 5 sour beers in the world decided by some big poll – they’re our favorite sour beers out of the ones we’ve tried. You may notice that a lot of our beers originate from Denver or the west coast. There are two reasons for this. First, most of us at 52 Brews are full time residents of Colorado, so west coast beers are most readily available. Second, Denver has more craft breweries than any other city in America. BUT, before we get into the specifics here, we are going to cover some of the basics of what exactly a sour beer is.

What is Sour Beer?

This is one of the most simple yet complex answers we’ll have. A sour beer is a beer that is intentionally sour or acidic. That is the simple answer. The more complex one involves a lot of biology. The way to add a sour taste is through acid, and there are a couple ways sour beers do this.

First, sour beers are made by allowing wild yeast strains or bacteria into the brew, usually through the barrels or during cooling. Most commonly used are Lactobacillus and Pediococcus, gram-positive lactic acid bacteria. Second, is by adding fruit which is naturally high in citric acid. Lastly, you can use acidulated malt in brewing the beer. In essence, sour beer uses the addition of acid to create a sour or tart taste.

As we mentioned, to cover these in-depth would require a full article. For the time being, if you’re interested in learning about each individually, you can read about them here.

There are so many sour beers out there to try, and so many that we have yet to try. That’s why this article is going to cover some of our favorites that we have actually drunken. So, without further ado, here is our top 5.

Sippin’ Pretty comes to us from the Odell Brewing Co. out of Fort Collins, CO – one of our favorite cities for craft beer. (If you prefer IPA’s, check out our article on our favorite IPA’s from Fort Collins HERE) It is a fruited sour, meaning that much of the acidic and sour taste comes from fruit. Specifically, acai, guava, and elderberry.

To put it plainly, this is a good sour. There are certainly 5 sours out there that are better than Odell’s Sippin’ Pretty, but it’s our go to sour beer at 52 Brews. As you can imagine, with it being a fruited sour, it has a heavy fruit aroma and taste. However, it is not overly fruity, and it is widely available here in Colorado. If you like fruity flavors and sour beers, this is a great option.

Our Mutual Friend Brewing Co. is located in Denver, Co. A brewery we’ve visited often, Our Mutual Friend offers a wide array of different beers, the Contacto being one the best. If you don’t like sour beers, this probably isn’t the place to start. At 8.6% ABV, it packs more of a punch than most sour beers.

Released in 2018 and only sold in a 750ml bottle, Our Mutual Friend Contacto has a mild to light level of sourness. You can taste notes of pear, honey, and orange with a touch of oak. The oak flavors likely come from being lightly aged in oak casks.

As we mentioned, this probably isn’t the place to judge sour beers on a general scale. However, if you like high ABV beers, this is definitely worth trying!

We couldn’t have all of our beers come from Colorado and California, (spoiler, beers from California are coming up next) so we threw in our favorite sour from the northeast. Dogfish Head Brewery comes out of Milton, DE. Dogfish is more known for its IPA’s, but don’t let that deter you from trying this sour beer.

As per their website, the SeaQuench Ale is a “mash-up of a crisp Kolsch, a salty Gose, and a tart Berliner Weiss”. Dogfish Head SeaQuench Ale is made with a lot of lime and salt. It’s intended to be some kind of mixture of a sour beer and a margarita – and it is. I had one, and I thought it was great. I enjoyed the second just as much, but after having a couple sips of number three, I was ready to move on. At the end of the day, it’s a fantastic sour to have as a change-up.

At 8.9% ABV and 5 IBU, this wild ale has a sweet, oaky flavor with hints of vanilla. Much like the Contacto, with this being such a high ABV beer, it’s not always the best place to judge sour beer. Regardless, the Bretta Blanc from Firestone Walker almost makes it into the #1 spot.

The Coolship Chaos takes the cake for being the best sour beer for us at 52 Brews. Out of Long Beach, CA, Beachwood Blendery brings us a complex sour beer at 8% ABV. Coolship Chaos is a Belgian style sour ale that’s fermented with Pinot Noir grapes.

Cherry and oak lead the way for this sour beer, and the acidity is not overwhelming. Hints of vanilla find it’s way in and the acidity is tamed into a dry finish. This is, without a doubt, our favorite sour beer, but it’s not as widely available as some of the others on our list. If you find it, make sure to grab yourself a bottle!

5 of the Best Sour Beers Summary

Sour beers are a complex group with many different defining characteristics. Just in this list, there are margarita styled, barrel aged, and grape fermented options that range from 4.5% ABV to 8.9%. You could make many different top-5 lists for each style of sour, but we simply have not had enough sour beer in our lifetime to create such an in-depth review.

At the end of the day, these are our top 5 sour beers that we’ve actually tried. If you want to find your own favorites, then go out and try as many sours as you can – we do recommend trying a couple on our list, though!

If you’re interested in trying out a bunch of new beers from smaller craft breweries in the US and abroad, check out some of these monthly beer subscriptions!

Some of the sour beers on are list aren’t as widely available as we like, or as they should be, so we want to throw in two more of our favorite sours that are more readily available.