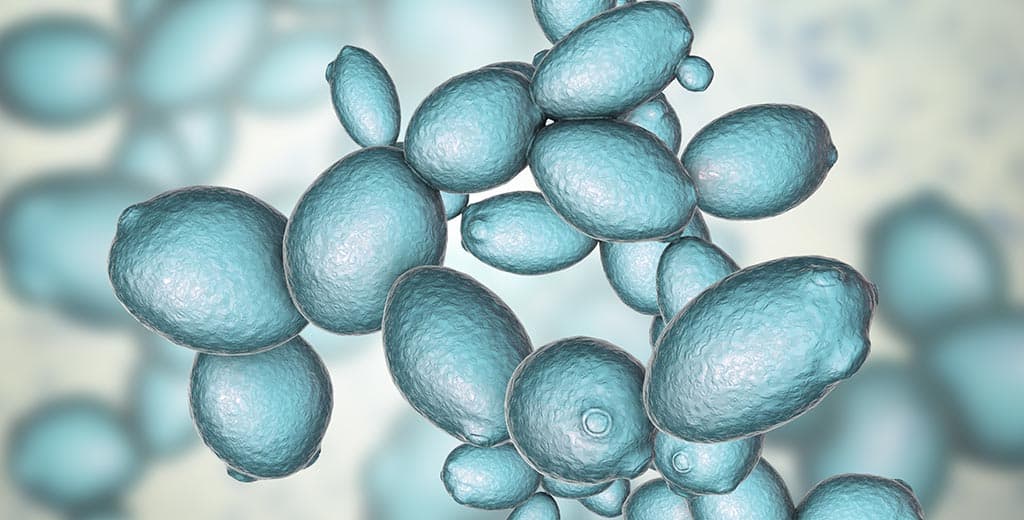 These are all the questions we plan to answer in the following article. So, if you want to know if you can make alcohol with baker’s yeast or bread with brewer’s yeast, just keep on reading!

Yeast are comprised of nearly 2,000 species of single-cell fungi. The yeasts responsible for producing alcohol and bread are strains of Saccharomyces cerevisiae. This fungi feeds on sugars to produce alcohol and carbon dioxide. The alcohol is then used for beer, wine, and liquor. Carbon dioxide is used in the bread making process which causes the dough to rise and expand. All of the alcohol produced in bread is wiped out when the dough is baked.

Everything You Need to Know about Brewer’s Yeast

As we mentioned, brewer’s yeast is primarily from the Saccharomyces cerevisiae, and it’s function is to to feed on sugars to produce ethanol. There isn’t just one type of brewer’s yeast, though. There are hundreds. For the purpose of keeping this article both short and accurate, we’re going to discuss the 4 main categories that brewer’s yeast falls into.

*There are really 2 main categories, ale yeast and lager yeast; however, many people separate wheat beer strains and Belgian strains even though they are technically ale yeasts.

The primary thing to know about ale yeast is that it’s top-fermenting. This means that the yeast rise to the top and ferment from there. There are advantages and disadvantages to this. On the up side, you can top-crop, or simply scoop the yeast out from the top. On the down side, yeast are exposed to more elements when they are on the top. This just means that your yeast is more prone to contamination if your environment isn’t sanitized properly.

Lager yeast opposite from ale yeast in that it’s bottom-fermenting. Another primary difference is that ale yeast best ferments at around 68 degrees but can tolerate much higher temperatures. In contrast, lager yeast is best fermented at around 50 degrees.

The strains used for wheat beer are typically described as wild yeasts. The flavors produced blend well with the other ingredients used to make wheat beer. Similar to ale yeasts, it ferments best around 68 degrees.

Similar to wheat beer, Belgian strains produce phenol and clove flavors. There are so many different strains that it’s impossible to narrow down the exact traits of Belgian beer. However, a Belgian flavored beer will have earthy and ester flavors to go along with phenol and clove.

In general, there are really two main categories: ale yeast and lager yeast. Most homebrewers use lager yeast due to the bottom-fermentation. There are less variables, and your yeast is less likely to be contaminated. So, if you’re just starting out with homebrewing, we recommend using lager yeast. For those of you who know exactly what you’re doing, you should definitely try brewing with ale yeast.

Can I Bake Bread with Brewer’s Yeast?

Yes! When it comes to making break with brewer’s yeast, make sure you are using ale yeast. It will produce more CO2 quickly in order to expand your dough. If you don’t have enough CO2, your bread will be more dense and not very fluffy. This is likely to happen a bit anyways. Brewer’s yeast is cultivated to produce more ethanol and less CO2 than baker’s yeast. At the end of the day, you are able to make bread with brewer’s yeast, it just may not be as good.

Everything You Need to Know about Baker’s Yeast

Bakers yeast is the same species, Saccharomyces cerevisiae, as brewer’s yeast but a different strain. The ultimate goal of baker’s yeast is to produce enough CO2 in order to make bread rise. There are many different kinds of baker’s yeast and each has certain advantages. Which to use depends on what you are making.

Primarily used in industrial bakeries, and it’s generally not available to your average consumer.

Compressed yeast is cream yeast with much of the liquid removed. It is also referred to as cake yeast. Not as popular as some of the other yeasts due to its short shelf life.

This is one of the most common yeasts to use in baking. It is widely available, the yeast has medium growth, and can be stored for up to a year at room temperature.

Instant Yeast is similar to dry yeast, but it has smaller granules and does not require rehydration. Simply add it to the dough, and it’s ready to go.

Deactivated yeast, or dead yeast, is typically used for pizza. Because the yeast is dead, the dough doesn’t rise much at all, hence the reason it is used for making very thin bread.

When it comes to baking, you are likely going to grab the active dry yeast or instant yeast. They are the two most common yeasts used for baking and are widely available at most supermarkets. Deactivated yeast is also important to have around if you want to make pizza or more compressed bread.

Can You Brew Beer with Baker’s Yeast?

There are a few things to know before you decide to brew a beer using baker’s yeast. First, you’re going to need to know how much yeast to use. For every 5 gallons, you’re going to want to use ~11 grams of bakers yeast. Second, you should know that it may not be as good of a beer as you’re used to.

If you’re interested in brewing your own beer but don’t know where to start, check out our guide on How to Brew Beer at Home!

However, don’t let any of this stop you from mixing and matching. Both brewing and baking are arts, not exact sciences. And both are meant to be fun. If you’re curious about baking with brewer’s yeast or brewing with baker’s yeast, try it and have fun with it!

Visit our partners over at MonthlyClubs.com, and sign up to receive monthly shipments of beer to your front door! They have beers from US and International microbreweries, craft IPA’s, or rare limited-release beers. You can choose any of the beer clubs you want, or mix and match!

In addition to their beer clubs, you can sign up for wine, cheese, chocolate, cigars, or flowers to be delivered to you. If you’re not interested, maybe you know someone special who is. It can be the perfect gift for either Mother’s Day or Father’s Day!

Below are frequently asked questions about baker’s yeast and brewer’s yeast. Many of these are answered in the article above.

What Happens If You Bake Bread with Brewer’s Yeast?

Brewer’s yeast doesn’t have as much CO2 as baker’s yeast, so your bread won’t create as many air bubbles and rise as much. Your bread will be more dense and probably not as tasteful, but it’s a fun experiment anyways. And no, you’re bread won’t be alcoholic. The alcohol is killed off when the dough is baked.

What Happens If You Brew Beer with Baker’s Yeast?

You’re beer probably won’t taste like a beer is supposed to take. You’re beer can still have plenty of alcohol, but the CO2 levels might be off along with the flavors.

How Does Yeast Make Alcohol?

Yeast feeds on salt and sugar. Like all living things, yeast produces waste. After feeding, it releases CO2 and ethanol, so alcohol is the poop of yeast, so to say.